Chandigarh to be developed as a”model solar city”. 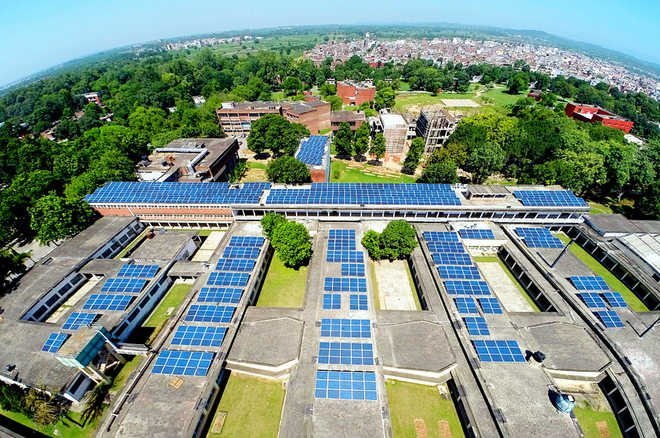 As part of the National Mission of Solar Energy, the central government is aiming to develop Chandigarh into a “model solar city”.

Central government has set a target of generating 50 megawatt of solar power by 2022.Of this power, Chandigarh administration aims to achieve 10 MW from private buildings. For this, it plans to install rooftop solar power plants at 2,000 residential buildings in the next year.

Last year, CREST framed building bylaws making installation of solar power plant on new private buildings mandatory but still the response has been cold. With 97.25% urbanization and the second highest per capita income the cold response from general public is baffling.

Third Pole Environment Solution, which is executing many projects on private sites, explains the cold response reason as -harassment at the hand of engineering department officials for getting required permission coupled with its asking for change of land use (CLU) certificates for installing solar plants on agri land.

It is still a long way to “”model solar city”