Political will drives Hydro Power in the North East 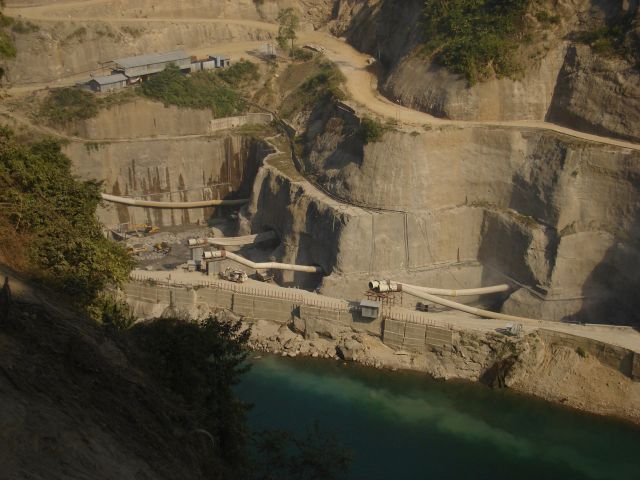 The opposition to hydro power projects by political parties in Assam seems to have come to an end, and all the major parties have arrived at a consensus on this issue.

Over 160 hydro power projects are planned in the North East region, and the construction of the lower Subansiri 2000 MW hydro power project, which is located close to the Assam and Arunachal Pradesh border, is almost 60 percent complete.

The project is being constructed by the Government owned NHPC Ltd.  The government plans to tap the hydro electric potential of the region, which is estimated to be over 60,000 MW.

All the five major political parties in the state—the BJP, the Congress and the regional parties– Assam Gana Parishad (AGP), BPF and the AIUDF , have recently pledged support to the construction of hydro projects, citing the need of electricity for development.

“After 2001 there were several anti dam movements in the state and it became a major issue. Political parties realized there were several voices against big dams, and tried to woo the people by saying they will oppose those,” said Nani Gopal Mahanta, professor of political science at Gauhati University.

In the election manifesto of the 2016 Assam assembly election, the three political parties—Congress, BJP and AGP had promised to oppose big dams.

“Now it has been realized by everyone that keeping in mind the need for development, power scenario must improve. Since local power generation is low, we are unable to provide electricity to the industry at a lower rate. However once these hydro power projects are commissioned, we will be able to meet the power need of the industries,” said  BJP Debananda Hazarika, a BJP MLA.

The first visible ‘all party support’ to the hydro project was witnessed on the floor of the Assam assembly on April 30, when all the parties unanimously called on the government to initiate steps for the resumption of works on the Lower Subansiri project, and to ensure that it gets commissioned soon.

All the parties have called on the government to look into issues of safety, fair share of electricity, and to ensure that the project is converted into a multi purpose project.

“We will not oppose the lower Subansiri project, but we have appealed to the government to redesign the project and convert it into a multi purpose project so that the entire region benefits,” said Debabrata Saikia, senior Congress leader and leader of the opposition in the Assam assembly.

Saikia explained that the area where this project is being built is flood affected, and a majority of the populace in that area depends on agriculture. “A multi purpose project will help in irrigation and in controlling the flood, besides in power generation,” said Saikia.

Similar voices have been made by MLAs of the AGP.

“We need power for development, and for the betterment of the state and the North East region, there is a need for the completion of the hydro project,” said senior AGP MLA Ramendra Narayan Kalita.

Kalita however said that, the government should ensure that Assam be supplied free 12 per cent electricity from the project as offered to Arunachal Pradesh.

Assam has been offered 5.5 per cent free power by the NHPC. Assam power minister, Pallab Lochan Das, termed the support from all the political parties as a positive development. On being asked about the environmental concerns, Das said that steps have already been taken to address the concerns regarding technical and environmental issues.

“The Assam government will hold consultations with experts from various top institutions, and will use their expertise to address the concerns. The government will also hold talks with the project authorities and the NHPC Ltd to chalk out strategies to deal with the concerns,” added Das.

The Assam assembly in 2010 had constituted an all party committee to study and examine the impacts of hydro projects on downstream Assam, and the report which was presented on July 17, 2010, had recommended that mega hydro projects should not be considered in the Himalayan foothills, as region is a highly seismic zone.

On the lower Subansiri project, the committee had recommended to redesign the project by reducing the dam height and production capacity, and had recommended converting it into a multi purpose project.

Protests opposing big hydro projects were also led by the top brass of the BJP when in the opposition. On November 17, 2010, five months ahead of the 2011 Assam assembly elections, then BJP president and present Union home minister, Rajnath Singh, had staged a demonstration near the construction site of the Lower Subansiri dam. During the protest, Singh had demanded that the construction be stopped and had even vowed to raise the issue in the parliament.

Even Prime Minister Narendra Modi, while speaking as the prime ministerial candidate at an election rally at Pasighat in Arunachal Pradesh on February 22, 2014 had spoken about honoring the sentiments of the region against large dams.

Lower Subansiri to 160 plus projects

There has also been an environmental concern regarding the construction of the proposed over 160 power projects in neighbouring Arunachal Pradesh over fear that downstream Assam will be impacted.

However now both the BJP governments in Assam and Arunachal Pradesh are working out ways to ensure that all the projects are completed soon.

“The previous Assam government had conflict with the Arunachal Pradesh government over the issue of hydro projects and particularly on the lower Subansiri project, but now that has been resolved as the CMs of both the states have told the centre that both the states want the project to be completed soon,” said senior BJP MLA Prasanta Phukan.

Phukan said that both the state governments will ensure that all the proposed hydro projects are completed and commissioned within the stipulated time frame. On being asked about opposition to hydro power projects in the region on grounds of safety and ecology, Phukan said that the government will ensure all these concerns are taken into consideration.