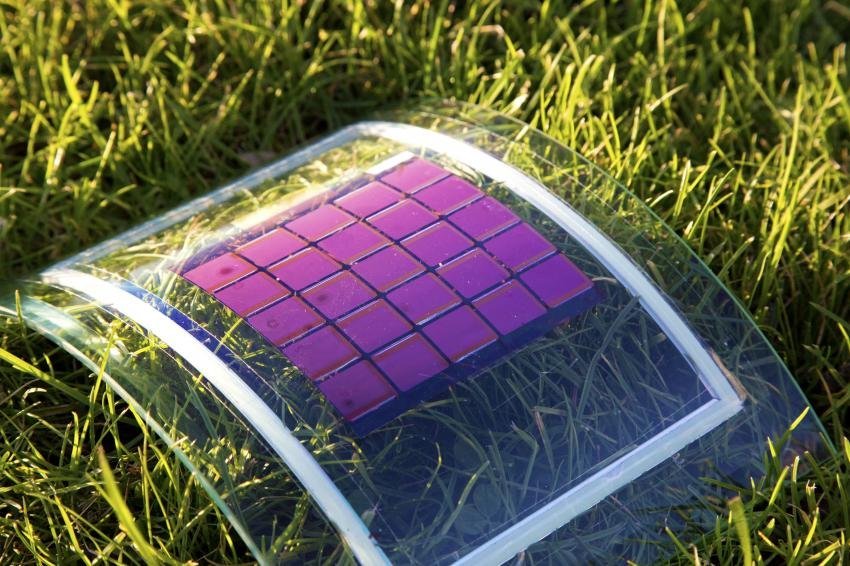 Organic solar cells contain carbon-based and light-absorbing materials that can convert solar energy to electricity. When a photon of light falls on an organic solar cell, its energy is absorbed by an electron of the light-absorbing material. With this energy, the electron is able to jump to a higher energy state. Due to this jump, a ‘hole’ is left back in the place where the electron earlier was. However, strong forces of attraction bind the electron and hole together, and current can only flow through the cell if the negatively charged electron and positively charged hole are separated and directed to different electrodes. This separation is achieved by an electron transporting layer and a hole transporting layer respectively. These layers are very thin films of compounds which are deposited on either side of the light absorbing material.

Nickel Oxide (NiO) demonstrates properties that are ideal for use as a hole transporting layer, but previous studies have shown that it has been a challenge to prepare thin NiO films on a large scale.

In their study, published in journal Scientific Reports, researchers from IIT Kanpur have attempted to overcome this roadblock by using the technique of inkjet printing. In inkjet printing of NiO films, the ‘ink’ is NiO and the ‘paper’ is a substrate of glass coated with a material that serves as the positive electrode. By testing various experimental conditions, the researchers were able to prepare uniform, smooth NiO films as thin as 18 nanometres by using NiO ink having drops of a specific size, and by providing the substrate with a UV-Ozone treatment prior to printing.

It is important for the hole transporting layer to be as transparent as possible to ensure that maximum light goes through to the light absorbing material. The researchers found that the inkjet-printed NiO film showed different degrees of transparency at different temperatures, and was able to transmit a maximum of 89% of the light falling on it, by thermally treating the film at 400 ºC.

The next part of this study was to test the performance of this inkjet-printed NiO film in an organic solar cell device. In such a device,the hole transporting layer must bond well with the light absorbing material to provide a smooth passage for the positively charged ‘holes’ of the material to reach an electrode. For this, they chemically and thermally treated the NiO film, and were able to drastically improve the conversion efficiency of the device from 0.75% to 2.67%.

NiO films can also be prepared by another technique known as ‘spin coating’, but this technique is not suitable for large scale production and a lot of raw material is wasted. This study shows that structurally and chemically identical NiO films can be easily manufactured on a large scale at a low cost by using the technique of inkjet printing.

This research team included Arjun Singh, Shailendra Kumar Gupta and Ashish Garg from Department of Materials Science and Engineering at the Indian Institute of Technology, Kanpur.