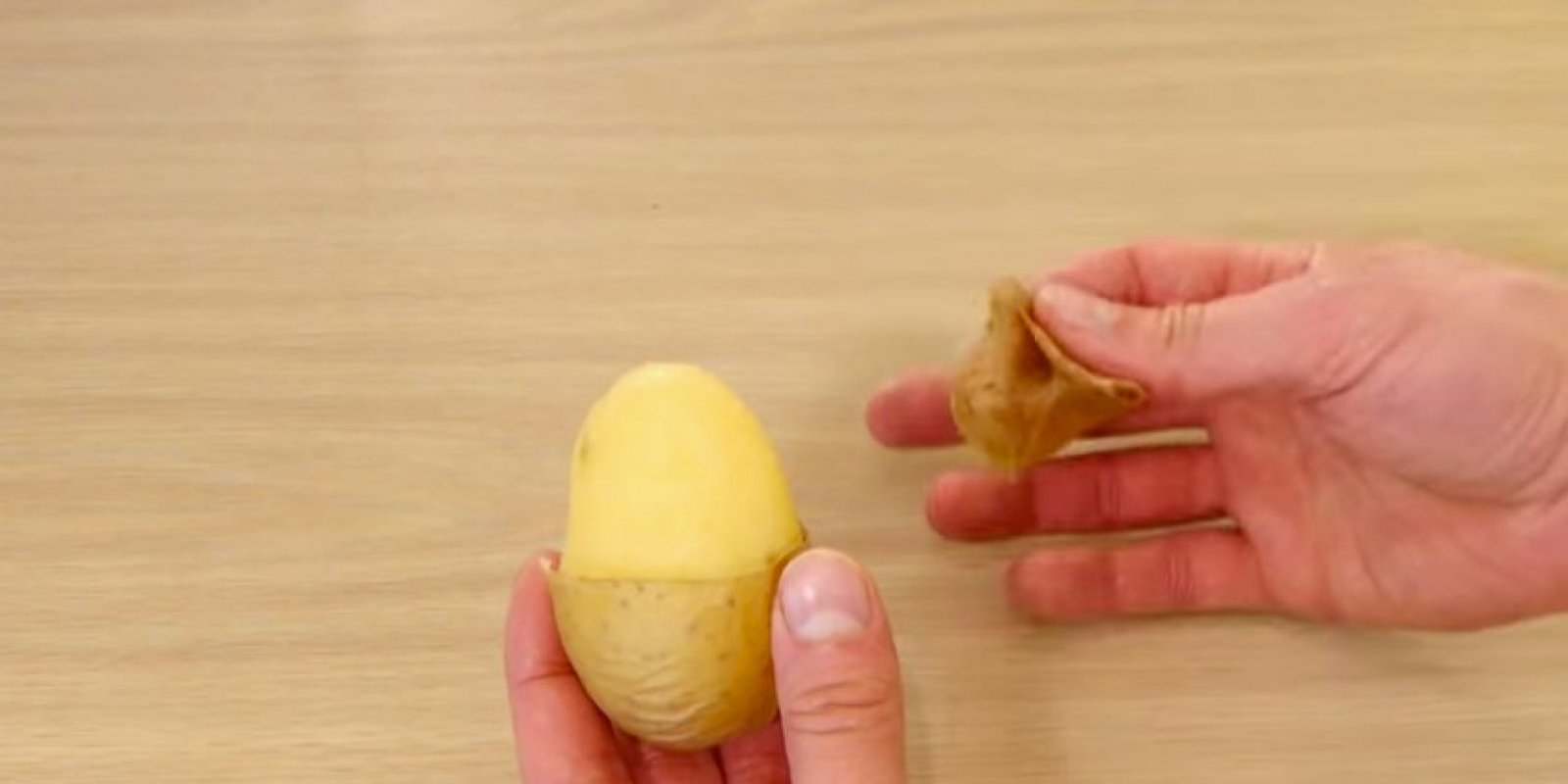 Potato peel and fruit pomace (solid remains), generally thrown away as waste, can be turned into packaging material for food products like bread, Indian scientists have demonstrated.

Scientists at the Tezpur University in Assam have made thin biopolymer films from potato peels and fruit waste to store food items. The films are 0.3 millimeters thin and can withstand temperatures as high as 200 degree Celsius. They have good breakage strength and elongation capacity. Moreover, they are biodegradable and can be used to store perishable foods such as bread.

Potato peel and sweet lime pulp, collected locally, were used for the study. The peel was washed, dried and then grounded to make a fine powder. After chemical treatment, it was poured into glass petri plates and cast into thin biopolymer films. It was cross-linked using calcium chloride to increase strength. During the process, it was also treated with ultrasound waves for 60 minutes that helped in breaking down the polymer particles small enough to form a thin film. After this process, scientists obtained amber-coloured biopolymer films.

Clove oil was added to the films to impart anti-bacterial properties so that they can be used for storing perishable food items. To test the ability of the biofilm to preserve food, bread was either kept open or wrapped in polyethylene sheet and in the new biopolymer film for five days. Biopolymer film prevented weight loss and microbial growth. “The film was successful in lowering the weight loss, reducing the hardness and inhibiting surface microbial load from bread sample,” say scientists who developed the new biofilm. The research results have been published in journal Ultrasonics Sonochemistry.

“Although many such biofilms are available, they have to be made commercially viable,” says Jitender Sahu, professor of food processing technologies at the Indian Institute of Delhi. He was not connected with the study. Biopolymer films have the potential of replacing plastics as they are renewable and biodegradable but their commercial success is limited as they are costly, prevent moisture poorly and have low strength. However, if agricultural waste is used to make biopolymer films, the costs can be cut down significantly.

India is the third largest producer of potato in the world after China and Russia. The amount of waste is estimated to be around 12–20 per cent of the total produce. Potato peel contains sufficient quantities of starch, cellulose, hemicellulose and fermentable sugars, which are desirable for making biopolymer films. Similarly, sweet lime peel is a source of flavonoids, pectin and essential oils that have antimicrobial, antioxidant, anti-inflammatory, and anxiolytic properties, which is of use in food industry.

contributed by Bhavya Khullar who writes for ISW