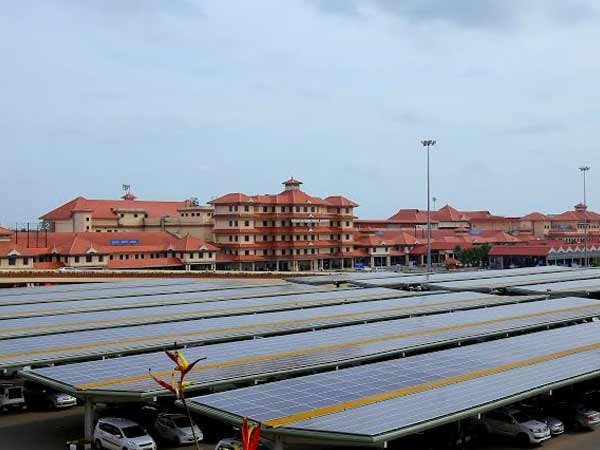 The grid-connected car port plant requires high-level engineering and designing skills for assembling the massive car port structures. The project consists of putting together 8472 solar panels on 27 carports spread over 20289.9 square meter of area. The entire solar plant is aimed towards reducing 1868 tonnes of CO2 annually.

Cochin International Airport Limited became the first Airport in the world to be fully powered by solar energy during August 2015. It has now accomplished another milestone by implementing India’s largest solar carport. The project is a benchmark in terms of engineering expertise utilized in terms of complexities encountered considering the high water levels in back-filled lands. The modular design had helped TATA power in executing the project in a record time.