Getting CCL technology ready for use at coal power plants 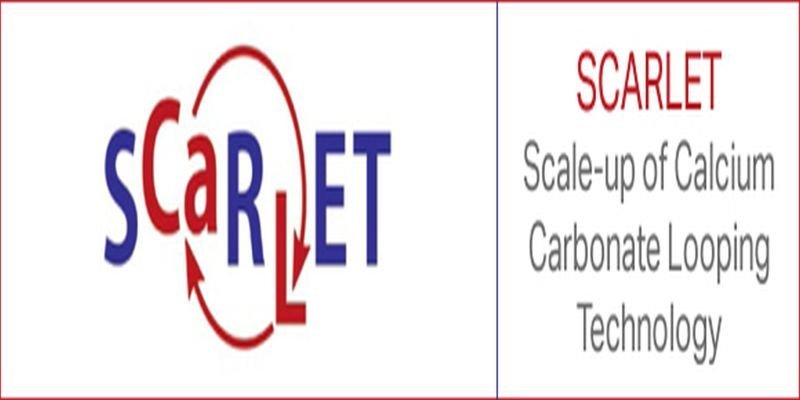 Among second generation carbon capture technologies stands ‘Calcium carbonate looping’ (CCL). But even though it is considered less toxic than alternatives and proved to yield low efficiency penalties, the method is still far from being market-ready. SCARLET-enabled breakthroughs are expected to give it a push.

The SCARLET (Scale-up of Calcium Carbonate Looping Technology for Efficient CO2 Capture from Power and Industrial Plants) project aimed to pick up where previous work from the Technical University of Darmstadt left off: since April 2014, the team has been upgrading an existing 1 MWth pilot plant to bring it as close as possible to meeting industrial setup requirements.

With the resulting experimental data, Dr Jochen Ströhle and his team hope to enable the future construction of a 20 MWth pilot at the Emile Huchet coal power plant in France. The coal industry is indeed the most likely to be attracted to CCL technology over the next few years.

Just like with other post-combustion technologies, the CO2 contained in a flue gas is absorbed in one reactor and desorbed in another reactor.

One important advantage of CCL is that the sorbent is a natural mineral, i.e. limestone, which is cheaply available all over the world and has no negative impact on the environment. However, the main advantage of CCL compared to technologies based on liquid sorbents is that the process is operated at a high temperature above 650 °C. This means that the heat required for sorbent regeneration can be utilised in a highly efficient steam cycle to produce electricity. It also leads to rather low efficiency penalties in the range of 6-7 percentage points (incl. CO2 compression) for coal-fired power plants, which is significantly lower than competing technologies. Furthermore, the CO2 avoidance costs are also significantly lower.

What were the main results from your field tests on a 1 MWth plant?

One challenge of CCL is the deactivation of the sorbent by sintering and sulphation as well as dilution with ash. Hence, a certain stream of make-up limestone has to be added to the process. However, this deactivation and dilution is a rather slow process, so steady-state conditions in the plant can only be achieved after ~50 hours of continuous operation.

What are the main difficulties you could face in upscaling to a 20 MWth plant and how would you overcome these?

As the reactors are based on well-known circulating fluidised bed technology, the scale-up of the reactors is rather straightforward. One challenge is to have proper control of the transfer of solids between the reactors. Various concepts have been discussed with experts in fluidised bed technology, and some of these concepts have been successfully tested in a scaled cold flow model. However, the main uncertainty for scale-up of CCL was actually the determination of the sorbent performance considering deactivation and dilution effects, as already discussed above. The results from pilot testing were used to validate models for the prediction of the sorbent performance, which could then be used to design the 20 MWth plant.

What would you say are the project achievements you are most proud of?

I am most proud of the fact that we managed to operate the pilot plant for more than 1 000 hours in CO2 capture mode, so that it was possible to generate a comprehensive database that can be used to validate models and reliably evaluate the CCL process.

What has been the feedback from industry so far?

GE Carbon Capture as the main driver of the CCL technology was deeply involved in the planning and evaluation of the 1 MWth pilot tests. They are very happy with the results, in particular, that we achieved steady-state conditions for various operating points. They now have more confidence in their design methodology of the CCL process.

The end users involved in the project, i.e. power plant utilities and cement manufacturers, were quite happy with the relatively low CO2 avoidance costs for CCL.

How is the 20 MWth plant coming along?

The objective of SCARLET was to provide a basic design of the 20 MWth plant. So this plant has not yet been built. However, the layout and estimated costs are according to our expectations.

What are the next steps now that the project is completed?

The next step could be the construction and operation of a 20 MWth pilot plant for industrial demonstration of CCL technology. However, such a plant requires rather large resources with a high industrial participation.

Unfortunately, the price for CO2 certificates is rather low, so industrial partners, in particular power plant utilities, currently do not see a business case for CCS in the very near future. Rather high funding rates by authorities would be required to make this happen.