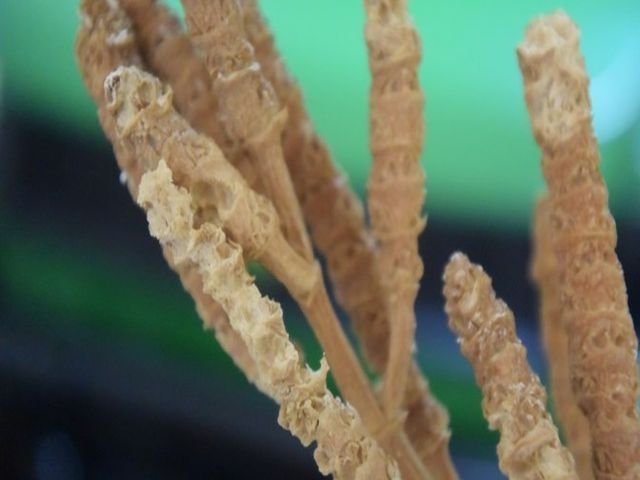 Thirty kilometres from the bustle of downtown Abu Dhabi, lies a remarkable undertaking that could one day change the environmental impact of air travel.

Set on a two-hectare farm down the road from the IRENA Headquarters building, a pilot project conducted by Masdar Institute’s Sustainable Bioenergy Research Consortium (SBRC) is bringing private sector firms together to answer ‘is it possible to create a sustainable jet-powering biofuel?’

“In today’s world, air travel is a necessity. As the aviation industry grows, so does its carbon footprint. Airlines, plane manufacturers, and fuel producers alike, are looking for ways to make air travel sustainable and renewable,” says Hendrik Johannes Visser, a microbiologist at Masdar Institute and a lead researcher in the SBRC’s jet-biofuel project.

While creating a biofuel powerful enough for a jet is tricky but possible, ensuring that it’s also sustainable and commercially viable is particularly challenging.

“First generation biofuels — derived directly from crops like corn or soya bean — tend to be at the centre of the food versus fuel debate, and so for us, are not really sustainable,” explains Visser. “Their high freezing point means they also aren’t good for airliners flying at over 30,000 feet. We’re working on creating a biofuel that can meet the aviation industry’s needs: a sustainable biofuel — an advanced biofuel.”

Advanced biofuels are different from first generation biofuels in that they can be derived from non-food crops — opening countless biofuel options.

“Advanced biofuels use lignocellulosic feedstocks like farm and forest residues, grasses, trees, and algae. They have high yields and grow on land poorly suited for food crops,” says Francisco Boshell, a renewable energy analyst at IRENA’s Innovation and Technology Centre.

IRENA sees substantial potential to expand both food and biofuel supplies globally, in a sustainable manner, by utilising pathways that do not compete with food production. A recent IRENA report analysed the promising future developments of advanced liquid biofuels, and forecasts its increased competiveness in the transport sector.

“Advanced biofuels can typically reduce greenhouse gas emissions by 60 to 95% compared to fossil fuels,” says Boshell. “While electrification is taking off in the road transport sector, biofuels continue to be the only viable alternative, at present, to mitigate carbon emissions for the aviation sector — an industry which represents a market of around 380 billion litres of jet fuel per year. However the commercialisation of new pathways with new organic sources is still a challenge in view of prolonged low oil prices and a lack of an appropriate price on carbon emissions. One of the ways to address these challenges are business models which benefit from multiple revenue streams, as energy plus agriculture, as SBRC is testing in the UAE.”

For the SBRC’s jet fuel project, that organic source is a plant that can be grown in the desert heat with just sea water: Salicornia bigelovii.

Originally from the Gulf of Mexico, Salicornia is a halophyte — a plant that thrives in salt water — with a high tolerance to heat and low nutrient demand. Its seeds, the size of sesame seeds, are 30% seed oil — similar to soya bean oil — and can be harvested from the small plant once a year. “We can extract the oil from these seeds, and through hydroprocessing, produce a green diesel that can be used to run cars or the equipment on this farm,” says Visser.

Though the green diesel can be further hydroprocessed into biojet fuel, you can also use the rest of the plant, the straw, to produce additional bioenergy. Through the industrial processes of pyrolysis and gasification, the straw’s carbon chains can be reconstructed into other fuels, including jet fuel, leaving nothing of the plant to waste.

Producing biofuel on infertile, sea-watered, desert land is a feat in its own right, but it’s actually only one part of the project’s larger Seawater Energy and Agriculture System, that includes farming fish and growing mangroves to create a system that can feed people and further reduce the environmental impact of the fuel production.

The way the SBRC’s project works is that fish or shrimp are farmed for food, and their effluent rich water is used to fertilise Salicornia. The leftover water from the Salicornia, which may still contain ammonia and nitrates, needs to be ‘scrubbed’ of its pollutants before being returned to the ocean. This is where mangroves enter the picture.

The UAE’s harsh weather conditions — a beating sun, little rain or fresh water, and a salty sea — is unwelcome to most plants, but not mangroves. Along the country’s coast, mangroves protect the coastline from soil erosion and wave energy, and play an important ecological role as a nursery to young fish and as a breeding grounds for birds. The SBRC’s project uses these local variants of mangroves to also clean the water.

“The mangroves don’t just remove nitrates and ammonia from the water, they also act as a carbon sink,” explains Visser. “Mangroves extract carbon dioxide from the air, and with their deep and expansive root system, effectively trap that carbon in the earth. The result is that the fuel we’re producing could actually be carbon negative.”

While the project is still only in its infancy and its facilities were only completed earlier this year, its ambitions stretch decades. “This is just the start. We’re going to run this pilot project for three to five years and then create a larger 200 hectare demonstration facility in the UAE’s desert western region. But right now we’re still proving the concept before we attempt any commercial scale projects, which could be ten to fifteen years down the line,” says Visser.

Though still commercially unproven, interlinked food and energy projects like the SBRC’s, have the potential to transform biofuel production. Its holistic approach towards solving major global issues like climate change, employment, and energy and food security will — if proven successful — make it an attractive option for countries around the world.