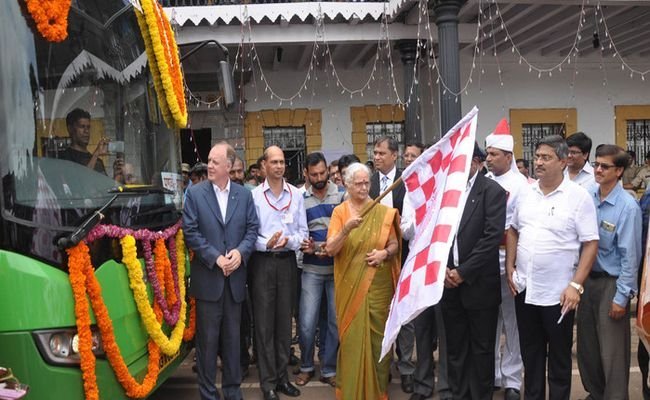 Kadamba Transport Corporation, Goa in association with Scania India rolled out country’s first Euro 6 biogas bus and two ethanol buses in Goa. The launch makes Goa the second city in India after Nagpur to introduce ethanol-powered buses on its roads.

Panaji, Goa, is in the government of India’s 100 Smart Cities list since 2016 and has been making steady progress on improving environmental sustainability within the state. The transition to green fuel is a small step towards greener and cleaner future of Smart City.

Led by its philosophy of ‘local waste to local fuel for local transport’, Scania says it will leverage its consortium business model approach, bringing in technology partners who will treat raw biogas to produce biomethane of the right quality to meet the required standards for fueling the biogas bus.