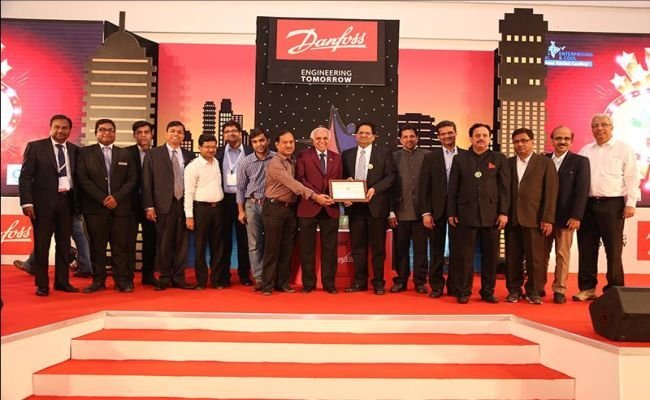 The ACREX Hall of Fame is a joint initiative by ISHRAE and Danfoss India to recognise the excellence achieved by India’s commercial buildings towards conserving energy.

The prestigious ACREX Hall of Fame, a joint initiative by the Indian Society of Heating, Refrigerating and Air Conditioning Engineers (ISHRAE) and Danfoss India to recognise energy efficient infrastructure, is in its third edition this year.

The coveted recognition aims to highlight iconic projects in India which can be global benchmarks in Energy Efficiency and Sustainability and further encourage industry players to build a sustainable HVAC industry and showcase success stories in the HVAC space in India.

The team began their Energy Efficiency Drive 2017 across the nation, beginning with an event held at Mumbai recently.

The event witnessed discussions in the field of energy efficiency and presentations by nominees who showcased their successful incorporation of energy efficient technologies in their Commercial Building projects commissioned post-January 2014.

Elaborating further on this unique initiative, D. Nirmal Ram, Chairman, Acrex 2018 and past National President – ISHRAE, said, “The ACREX Hall of Fame is a industry benchmark that seeks to recognise iconic Commercial Building projects in India that have set global benchmarks in energy efficiency and sustainability, to further encourage the Indian infrastructure industry to utilize these best practices towards engineering tomorrow’s India.”

Every year, nominations are invited from across India and initial scrutiny & shortlisting is done by the ISHRAE Technical Committee and the final selection of the inductee to Hall of Fame will be done by a Jury consisting of eminent personalities in the field of HVAC, Government, Architecture and the Building Industry.

The nominations are judged on the basis of their Energy Performance Index, IEQ (Indoor Environment Quality) initiatives, Building Management Systems and Energy Saving initiatives including the use of Renewable Energy, as the primary criterion.

Sharing his views on the need to incorporate energy efficient solutions in development projects, Ravichandran Purushothaman, President, Danfoss India, said, ““At Danfoss, we believe that only 1/3rd of India has been built and that 2/3rd of the country is yet to be built.

“With the rising growth of the infrastructure sector, it has become important to incorporate energy-efficient solutions that reduce both the monetary and environmental cost. We are hoping that the new-age projects take inspiration from these examples and work towards creating a sustainable future.”

According to Nirmal Ram, energy efficient interventions in commercial buildings have the potential to save not less than 30% in energy consumption and thereby help meet the rising demand for power.

“With the rising negative impact of climate change, it is essential that individuals and industries shift towards adopting energy efficient practices, taking into account the life cycle cost of the capex,” he said.

Adding, “Since infrastructure is the primary tool for development, it is important to ensure that the upcoming infrastructure projects in India adopt Energy Efficiency at its core.”

In the lead up to the main event, the organizers have planned a series of Energy Efficiency Drive Roadshows in different parts of the country, including New Delhi (August 23), Ahmedabad (Sept 1), Chennai/Hyderabad (Sept 8), Pune (Sept 22) and Bengaluru (October 6).

The inductee in the ACREX Hall of Fame (2018) will be announced during the Hall of Fame Night scheduled for February 23, 2018 at the BIEC, Bengaluru.