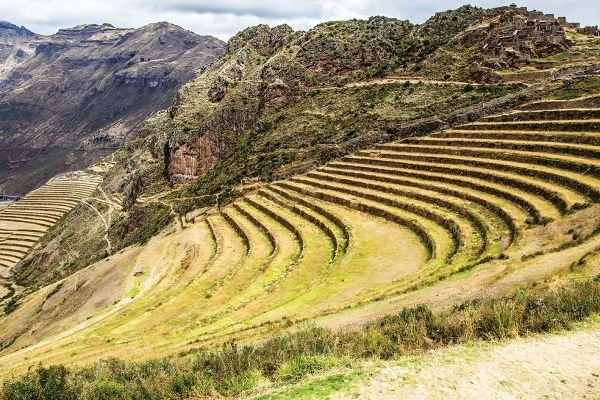 Hundreds of miles north of Delhi, in the state of Uttarakhand, where the air is still clean, the changing climate conditions is being perceived as an opportunity to exploit rather than a looming threat to fear. Here the villages are rain and snow-fed however the villagers started reporting less snow fall as early as 1980s. And an authoritative study released last year — whose authors include experts from India’s meteorological department and Earth Sciences Ministry which identifies phenomena considered consistent with climate charge found that 23 glaciers in Uttarakhand had sharply retreated between 1960 and 2000. It also stated that between 1951 and 2000, in northern parts of India, There are significant rising trends of extreme rainfall which are causing large-scale floods.

The New Delhi-based “Energy and Resources Institute”, which studies the impact of climate change on agriculture in the region motivated a village where farmers were persuaded to make the most of their less snow-filled winters by cultivating land that used to lie fallow during the cold months.

In the village of Huddu, its ancient terraces are sprouting a new crop — organic potatoes. They’re being cultivated along with the traditional crops. Adapting to their changing conditions, village is currently harvesting the organic potatoes which they planted in January. That’s when villagers started taking advantage of their lengthened growing season for the first time.

48 of the 100 families tried their hands on cultivating year-round, however the yeild was not that high as the farmers had grown the wrong varieties. TERI which discovered this later explains, their yield would have been three times of what they grew had it been the right variety. They also demonstrates best practices for planting — nine inches deep, 18 inches between rows etc. after this faux pas.

What’s certain is that this villages experiment with all year round cultivation holds promise as a 200 lbs. of potatoes would easily fetch 2,000 rupees ($30) which otherwise would have remained barren, they benefit because they are taking a crop out of it and thus have more to sell. It is a total win-win for them.