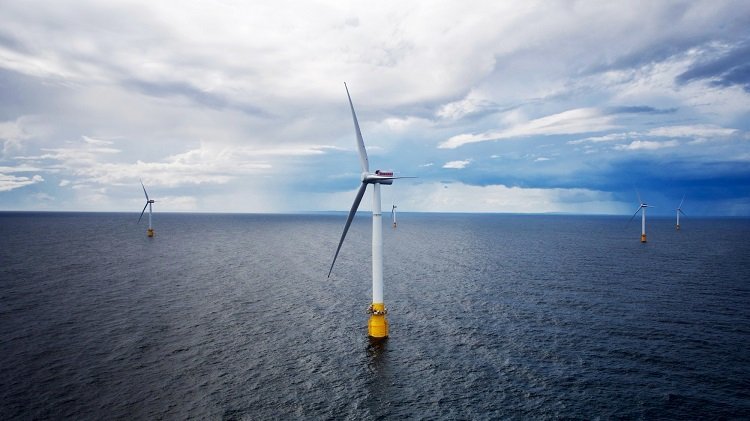 The world’s first commercial-scale floating offshore wind farm, the 30-MW Hywind Scotland project, is slowly inching towards completion. With the fifth and final wind turbine already arrived at the site, now the company expects  all the turbines to be installed in next few weeks,

The Hywind Scotland commercial-scale floating offshore wind farm, a joint project between Masdar and Statoil, has arrived at its final destination, Buchan Deep, 25km east of Peterhead in Scotland.

The Hywind Scotland is a GBP210 million project that was unveiled in late 2015, in partnership with UAE based renewable energy company, Masdar and Norway-based international energy company, Statoil. Commenting on this milestone, Bader Al Lamki, Executive Director, Clean Energy at Masdar said: “Hywind Scotland is the world’s first project to accommodate commercial-scale wind turbines on a floating structure. It demonstrates the enormous potential for delivering offshore wind energy in waters up to 1km deep, and represents the next stage in the evolution of the offshore wind industry.

“Masdar is proud to be among the pioneers of renewable energy around the world. Through this important partnership with Statoil, we are combining our vast industry knowledge and expertise and are well placed to advance the adoption this innovative technology in appropriate locations across our key markets.”

The 30 MW wind farm will occupy 4km² of space in an area of the North Sea which records average wind speeds of 10 metres per second. Upon completion later this year, the project will provide around 22,000 UK homes with renewable electricity.