Want to Make Your Society Eco-Friendly? Read On… 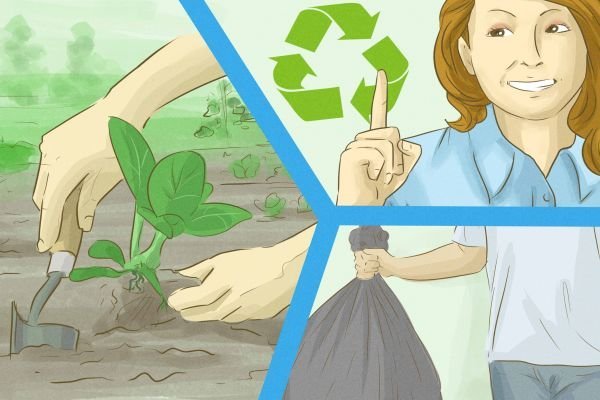 We have all heard horror stories of the huge quantities of waste polluting our water and air and souring our landfills (if they even make it there). In Gurugram, high end condominiums produce large quantities of waste, and very few have processing facilities to deal with it, let alone any kind of vision to reduce, recycle or reuse.

One such condominium, Summit Apartments, took it upon itself to clean up it’s act. A year and a half ago, a group of residents (adults and kids) formed an Eco Team to lead the change in the community. It was clear that almost everyone cared deeply – pledges were signed, placard marches held, posters were made.

The first project taken up was that of solid waste management for the community. The Team made a sustained effort to get each household to segregate their waste into four streams.

With all this effort to reduce waste, the only problem left was how to sort out the wet waste without incurring additional cost or taking up too much space and manpower. Composting was the obvious solution, and various machinery and models were evaluated.

Finally a low-cost model was adopted that involved aerobic decomposition in large bins, followed by vermiculture pits. While the bins were simple and low cost, some detailed measurements went into choosing the volume, height, aeration pipes etc to make it an effective solution. This was also the model with the lowest carbon footprint, and was totally in tune with nature, no smell or any other problems were reported.

The joke among residents is that they should put a wrought iron table and a few chairs around it and it would be a great spot to meet for coffee!

In the meanwhile, many of events and activities on other aspects of saving the environment were carried out by very enthusiastic children – they put up a street play “Say No to Plastic”, toddlers came together to sing a song “Listen to the Water”, some of the children went door-to-door as Leak Doctors. Children were so charged, they made an App for the Summit Go Green movement, and had a water saving competition. They regularly write slogans, poems, and make posters for various events.

A resident donated cloth bags as part of Summit’s campaign to wean itself away from plastic – these were given away in various competitions and drives. All vendors were given options – baskets, trays, recycled bags – to stop most of the plastic bag deliveries. Tips on easy ways to make a difference to the environment were circulated regularly as was a quarterly newsletter. Residents engaged with each other on social media – a Facebook page and a WhatsApp group.

Amongst all this, an issue as abstract and unworkable as air pollution was taken up. Carpools and public transportation were encouraged, tips to reduce air pollution were circulated. Living in the most polluted air in the world has undeniable effects on the body, and that was discussed in detail. A colour-coded flag is flown in the playground of the condominium to show the current state of the air pollution and is updated early every morning (typically the worst pollution, especially in winters) and every evening.

All this bustle on the environment, all the changes did not happen overnight. It’s easy to declare that change needs to be made, and just as easy to decide that it’s not possible because of roadblocks and criticism. The Summit story illustrates that if efforts are made, consistently and patiently over months and years, change is not only possible, it is inevitable.

The vibrancy of the support for environmental causes in the community did not happen overnight, rather it was an ebb and flow. Yet, the small steps forward, made deliberately and methodically, could bring the community to the place it is now, which is a bright beacon for hope for the Earth and the environment.