REC Group to focus on innovative solar products at REI 2017 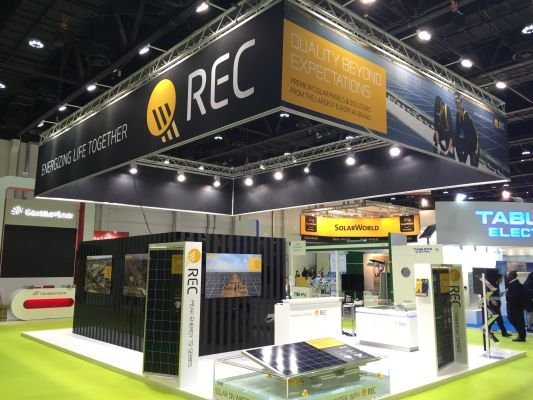 Reaffirming its commitment to the Indian solar market, the REC Group, the leading European brand for solar photovoltaic panels, will showcase its product innovations at the REI Expo on September 20-22, 2017 at the India Expo Center in Greater Noida.

Renowned for its quality and reliability, the REC Group will bring its highly-visited exhibit from the German Intersolar show to New Delhi namely: Three new flagship products featuring the award-winning TwinPeak technology, including the world’s most powerful 60 and 72-cell multi-crystalline panels.

The following REC panels will be on display at the REI Expo:

The REC Group is the largest European panel manufacturer in India with Norwegian roots, and a state-of-the-art manufacturing facility in Singapore. The company has shown consistent growth for years globally, and has experienced particularly strong growth in the APAC region. Here, shipments in Q2 2017 have increased by 244 percent over Q2 2016.

“Our remarkable growth in India is demonstrated by a whopping customer retention rate of 85 percent and is based on our unique value proposition, strong financial stability as well as our successful distribution network and strong presence in India,” states Stephan Herkert, CCO at REC Group.

Adding, “The Indian rooftop market offers REC and our valued partners an immense potential. Thanks to our global credentials, we have already acquired key clients in the IT, automotive, manufacturing and infrastructure industries.”

Explaining the company’s distribution strategy for the domestic market, Rohit Kumar, Head of REC India, reveals, “One of our strategic moves to enter into smaller and regional markets was to use a capable and financially robust distributor with a pan-India presence, like Redington India Ltd.

“We have managed to win more than 100 EPC partners in a span of less than a year. Moving forward, this segment will play a crucial role for REC’s footprint in the highly lucrative rooftop market of India,” he adds.

With its strong emphasis on cutting-edge technology, lowest warranty claims rate, high-power panels and consistent performance, REC Group has been able to firmly establish itself as a leading European manufacturer of solar panels in India. The company employs more than 2,000 people worldwide, producing 1.4 GW of solar panels annually.