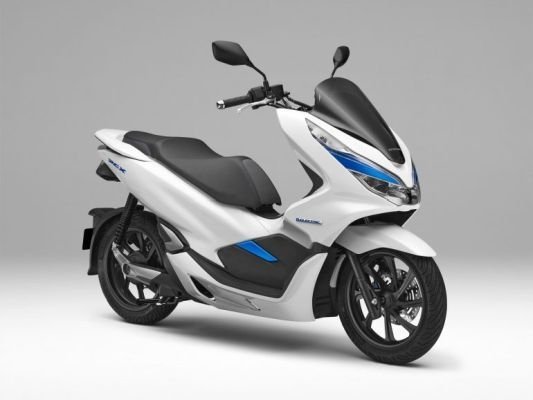 Companies like Renault and Tesla have toyed with the idea of hot-swappable batteries in their vehicles, with something that looked like initial success in Israel.

Larger batteries with greater capacity and faster charging networks have largely made that need go away for car buyers, but urban apartment and condo-dwellers still struggle with access to charging ports- super or otherwise. That’s why an electric vehicle with batteries that can be charged at home or at work, could be such a big deal.

Honda recently introduced an electric version of its PCX scooter. But this isn’t your usual, plug-in EV. The new Honda PCX Electric scooter features batteries that are designed to be easily removed when they’re spent and swapped out for fresh ones, so you can get back on the road and keep on riding.

It will be launching vehicles like this, powered by a number of these “universal” swappable batteries, as part of a pilot program in Saitama, Japan. In addition to the PCX electric scooter, they’ll also launch a small delivery vehicle and a side-by-side utility vehicle as a sort of GEM-NEV competitor. Both electrified, sure, but combining other forward-looking technologies like automation and airless ATV tires. These, too, are based on production Honda models.