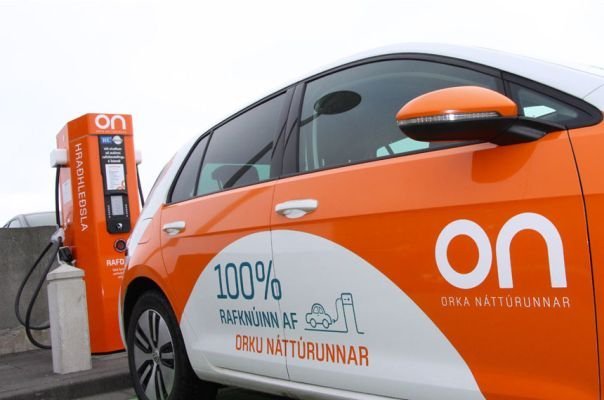 The 20 ABB fast chargers were installed around the island by the local electric utility, Orka Natturunnar. The network in Iceland is very exciting because the electricity they push out is already 100% renewable, which means another big step toward zero-emissions life in the country.

Hydroelectric and Geothermal power generation is the big driver that has allowed Iceland to source 80% of its power from renewable energy sources . This renewable energy leadership up till now provides a lucrative opportunity for the island nation to fully decarbonize its transportation with its existing resources.

The new charging network was installed in support of a nationwide push to ramp up electric vehicle adoption that continues to find traction. In 2014, there were only 90 electric vehicles in Iceland compared to more than 6,000 plug-in vehicles in the country of just over 330,00 residents today.

The new network of chargers were wrapped in orange, which is ON Power’s company color, to give drivers an easier time of locating the stations, no matter the weather. The eye-catching color is also a helpful way to raise awareness about electric transport, encourage people to feel comfortable that there’s a network of charging infrastructure to support them if they decide to jump onto the electric bandwagon, and simply stimulate thought about the idea.