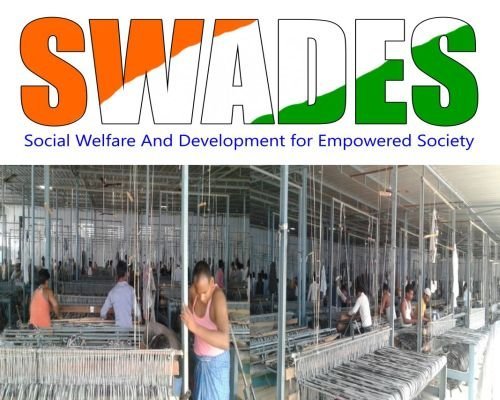 Nitin Shankar, Project Director, Social Welfare and Development for Empowered Society (SWADES) reveals to Clean Future, how his NGO has embarked on a mission to skill rural India and make it a part of growing renewable energy segment.

Give us a brief profile of SWADES, What prompted you to start it?

To create a just society we need an equal distribution of resources and amenities be it URBAN or RURAL. Its just not the subsidies which help in creating a balanced nation hence developing a strong desire to contribute to hinter heart land of India , further I also see immense potential there especially after the recent migration of Solar Power Projects in these areas and thus abundance of opportunity for semi skilled and skilled local labor force hence we created a platform which could help in delivering what we envisaged thus SWADES was born in year 2015.

How did you get finances for various projects?

Few of the projects that we are currently working on are –

Which project has been most satisfying for you and why?

The NSFDC project where we trained students for Back Hoe loader and Compactor was quite satisfying as there is dearth of proper training on such equipment’s in rural belt where the demand is there since ground mounted as well as rooftop solar requires at times a lot of civil work. So majority of the trainees were placed in nearby places thus even migration of skilled labor was avoided which I always wanted to prevent so it was quite satisfying.

We are also imparting training for electrician and welders, who too get absorb in the local workforce.

Till date how many people have you trained placed successfully?

We have trained 550 trainees in various trades. We have placed around 180 trainees and around 100 have started their own work.

What are your future plans?

Most of the trainees don’t prefer leaving their native land that’s the biggest challenge in placing them so moving forward we have started to study the skill of native place and then design training module as per them or choose trade as requirement. On the same lines, we have started to work on cluster development of weavers. We are a research driven organization and so try to understand what industry wants and how resources at grass root level can deliver on these demands through training and development programs.