“Technology Will Play A Vital Role In Indian Agriculture” 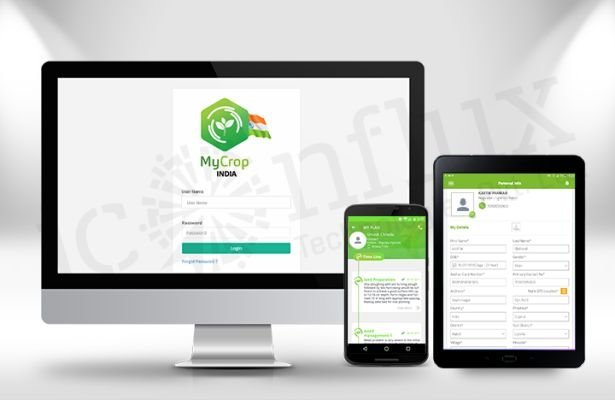 Deepak Pareek, CEO, MyCrop Technologies speaks with Clean Future about past, present and future of agriculture in India. He also discusses the impact of technology on the agriculture sector that can enable farmers for a better future.

Despite Green revolution, our farmers are still struggling to meet their ends and committing suicide. In your opinion, what is wrong with the agriculture sector?

The key reason that the farmers, not just in India but major part of the developing world, are suffering is that the aftermath of green revolution was not thought out properly by policy makers, agriculture input companies, extension service providers and academics.

Green revolution was key to the food security. But while achieving food security was goal of the society in general and government in particular. But, it was the poor farmer who had to suffer the negative consequences of green revolution and he was never been compensated for the same.

Green revolution lead to the use of agriculture chemicals to increase productivity while compromising on the quality of the soil, cost of farming and effects of overuse of chemicals was never factored in for decades. Overuse and abuse of fertilizers and other chemical crop nutrients lead to substantial decay in quality of soil hence with every passing season more of the chemicals were required, leading to substantial increase in cost of cultivation over period of time. Similarly over use of broad spectrum pesticides yielded result for short time but soon pests started becoming tolerant leading to higher need of pesticides or need of new pesticide formulation which further increased to cost of cultivation. This short sighted approach lead to farming becoming unsustainable. Hence the current scenario where farming is a loss making proposition.

Reduction in land holding size, non-availability of consistent irrigation facilities, ceding fertile land near rivers and deltas to industrialization and urbanization and lack of vision in creating market linkages over decades lead to further stress on agriculture hence farmers.

We are touted to be the leaders in technology, but India has unable to enrich agriculture economy?

Yes India is without doubt the leader in technology, especially the Information Technology. I myself, am a product of prosperity created in Indian technology landscape. However, when you see the agriculture, it seems the technocrats just forgot about the most important sector of the Indian economy.

Our farmers are predominantly small and marginal farmers with majority of them having land holding less than a hectare. Most of technology developed and delivered to the world by Indian technocrats are focused towards the top of the pyramid. Technology developed even with agriculture at the center were too costly to be adopted by the government or the farmers in an economically viable manner.

Agriculture technology especially agriculture informatics was totally neglected even by the academics and research institutions except for superficial developments with mad run towards productivity while compromising profitability of the farmers. Even today while farmers are on road, committing suicides we don’t blink for a second while patting out back to have bumper harvest.

Only in past couple of years you are seeing some focus on farm gate to fork optimization, zero budget farming, digitization of farming and climate resilient farming. These topics were not even talked about in past.

Another problem in the way the technology evolved in Indian agriculture sector, that has chosen to follow the examples of USA, Israel and Europe just blindly. While surely these economies have done tremendous body of work in agriculture technology, we forgot that they have totally different challenges and hence solution they found were more suitable to their social and economical environment. We should have focused on adapting from them and create home grown technologies rather than loan technology advancement from them.

What is the prime agenda for MyCorp and how do you work to promote technology in agriculture?

MyCrop has a very simple and firm agenda “Changing the World, One Farmer at a Time.” We believe every farmer is an individual with his own challenges and problems, hence one solution will not work for all of them. MyCrop use technology to ensure every farmer has his customized solution. We are amongst very few agriculture technology player globally who provides technology enabled holistic solution from deciding which crop to cultivate going till the harvest is sold by the farmer profitably.

MyCrop solution is driven by single point focus of making farmers more profitable. We achieve that by reducing the cost of cultivation by making farming more sustainable using customized farm plans tailored to individual requirement of each farmer created by using Machine Learning Platform. Decision to when and what to grow is also facilitated based on farmers’ demographic, soil, farm and crop profiles which is mapped to demand forecasts. This leads to better prices when they harvest.

MyCrop deploy Machine Learning, Artificial Intelligence in many ways along with innovative business model to improve the standard of farmers. MyCrop was honored by World Economic Forum for its efforts as Technology Pioneer 2018, a feat achieved by likes of Google and Twitter in past.

Big Data, AI, ML, UAVs they all are fancy names in the business, but what utility they have for agriculture?

Any technology is a fancy name if you do not have a compelling business case and well thought out strategy to roll it out. This becomes more evident in case of agriculture where the ecosystem is very complex and is impacted by too many divergent forces.

Having said that it also is a big opportunity as very few except government and large agriculture businesses venture into this segment. Further government and large corporations have handicap of inertia and size. This provides startups like MyCrop a huge untapped market with high potential to succeed due to their nimbleness.

MyCrop is using Big Data, Artificial Intelligence and Machine Learning already to serve thousands of farmers in India and Indonesia directly and in few more countries through partners. These technologies are big boon to small and marginal farmers as they help them make optimum decisions to identify profitable crop, most suitable crop varieties and finally most relevant agriculture inputs. All of this seamlessly without worrying about hundreds of variables considered by Machine Learning algorithm processing terabytes of historical data. Surely data technologies like that of MyCrop if deployed with correct business models can provide huge value to small and marginal farmers.

Coming to UAVs, while we experimented with them outside India (India only recently came out with clear policy) still large scale adoption will take some more time, especially for small and marginal farmers. UAVs are great for monitoring large farms but more innovation is required for them to be valuable and scalable in Indian scenario.

Looking at the state of farmers in India, how do you envision them to invest in technology when they even struggle to buy crops?

Adoption of cutting edge technology by small and marginal farmers is always a challenge due to low annual incomes and nonexistent profitability but innovation in business models can handle that challenge well.

We have seen return of investment up to twenty five times where investment on enabling farmers with technology has benefited the ecosystem. Some simple example being geotracebility of palm growing farmers ensure up to 30% increase in value of produce because of increased optimization of value chain hence more yield both of fruit and oil out derived from the fruit. Facebook or Twitter never charge general user for using it platform but monetize the content they create, similarly platform economy can be a viable model in agriculture.

Off late, Organic farming has been gaining currency all over the world, what do you have to say for that and how can technology help it become better in terms of productivity?

Organic farming is the way in which agriculture will eventually have to move towards without doubt. Current manner in which farming is done will never allow farmers to get a life of dignity as it is unsustainable.

However, there would be multiple phases in this transition till we reach level where we have substantial farming becoming organic. First the land we have today will take years to become chemical free due to decades of abuse. Second disruption does not work in agriculture, it never did. The disruption, when ever happened, created a mess which needed to be cleared at later date. As explained earlier green revolution was one such disruption.

Technology will play a vital role in transformation without disruption. Moving from high cost farming predominantly industrialized farming to low or zero cost farming will have technology at its heart. As technology can provide real-time visibility hence real-time intervention, which is vital for highly productive low or zero budget farming and eventually organic farming. Blockchain enabled geotracebility will also be key to organic certification and food security initiatives.

How far are we to really feel the difference of technology in agriculture beyond pilot projects and news value?

Pilots in general are not bad and are vital to avoid large scale failures which could be very costly in agriculture. But yes without doubt scalability is and going forward will be a big challenge for most of the agriculture technology players, large or small.

Another point to ponder on this topic is the fact that government is not just the largest consumer and spender in this domain but is also a huge influence and its policy inconsistency can be a big threat to the agriculture technology ecosystem.

Last but not least the sector is maturing and I am hopeful it will consolidate and reach heights as will MyCrop.

What is your view on Agrophotovoltaic Farming?

Agrophotovoltaic farming is an interesting idea as it serves multiple purposes. First it increase the income of farmers as they not only produce food but also electricity which has economic value from same land holding. Second the energy produced is clean energy hence making it more important environmentally. Third it ensures that cost and infrastructure required for taking electricity to farm is more viable. Last but not it also reduce evaporation of water from ground.

Yet it is still early days and i see lot of twist and turns coming right ahead.