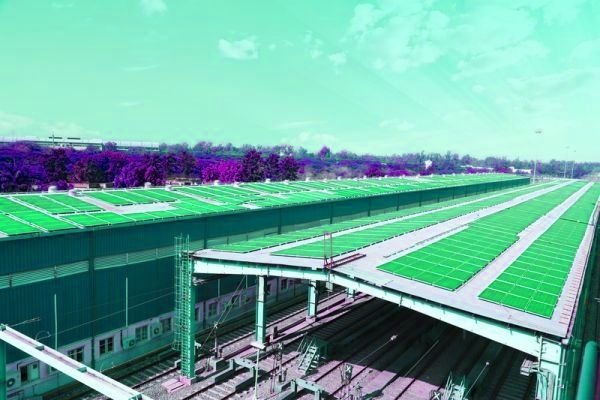 The South Western Railway (SWR) has installed solar panels in 19 buildings, including railway stations, workshops and offices, with a total capacity of 3,605kilowatt-peak (kWp).

Kilowatt-peak is the power that solar panels generate under standard conditions. According to statistics, the SWR Hubballi workshop tops in solar power capacity with 1,045kWp, followed by the Mysuru workshop (500) and the DRM office Hubballi (320). With 290 kWp, Bengaluru City (Krantiveera Sangolli Rayanna) railway station has the maximum capacity among railway stations.

The annual energy requirement of KSR railway station is 3.13 million units and about 13.9% of it is now being met by solar panels.

SWR officials said these solar panels generate about 3 million units per annum on an average, saving revenue of about Rs 70 lakh. Energy generated by these plants ranges between two and four units per day per kWp, depending on the climatic condition. They hopes to meet the full energy requirement of Hubballi and Mysuru workshops with solar energy, making them carbon neutral.

In addition to the 12 railway stations in SWR that have solar panels, it has identified 60 more stations where solar panels will be installed during 2019-20, increasing the total capacity to 4,685kWp, which translates to about 7 million units on an average per year, contributing 15% of annual energy requirements (other than for running of trains) of SWR.