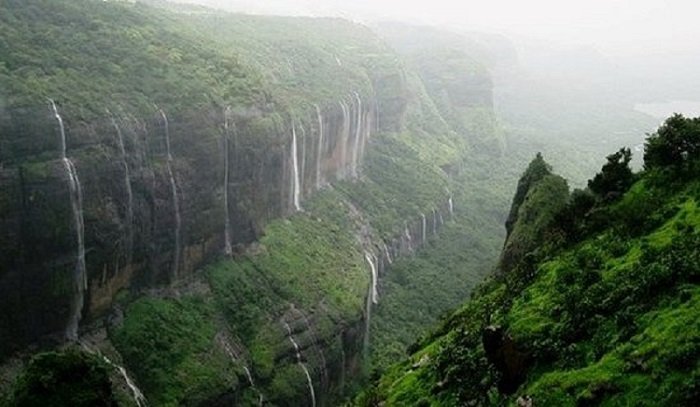 Wind energy, considered a clean source of energy, does have a carbon footprint and is also known to disturb bird life. Now a new study done in the Western Ghats has found that wind farms in biodiversity-rich areas can have deeper ecological consequences beyond already known impacts.

The study has found that wind farms reduce the number as well as activity of predatory birds, which in turn, results in an increase in the density of vertebrates like lizard on the ground. And since lizards have less fear of being preyed by birds, they are becoming less stressful. It means wind turbines are acting as new apex predators in the food chain in the local ecosystem, says the study published in journal Nature Ecology & Evolution on Monday.

The predatory bird species affected include Buteo, Butastur and Elanus and the density of lizard that showed an increase in numbers is Sarada superba, a fan-throated lizard endemic to the area.

The study was done in the Chalkewadi plateau in Satara district in the northern Western Ghats which is the site of one of the largest and longest-running wind farms in the region. Large parts of the plateau and the adjacent valley are in the Sahyadri Tiger Reserve and Koyna Wildlife Sanctuary. These protected areas do not have wind turbines, and were chosen for comparison. Researchers found almost four times more predatory birds in areas without wind turbines than around wind farms. They found more lizards around wind farms. This, researchers said, can be attributed to there being fewer predatory bird attacks near wind farms.

In order to record changes in the physiology of lizards, researchers measured hormonal stress reactivity. Thy captured lizards and took blood samples, and quantified the level of stress hormone, corticosterone. Blood samples were collected from lizards picked up from both sites – areas with wind farm and area without wind farms. The lizards picked up in the wind farm region had lower levels of the stress hormone and allowed humans to get closer before fleeing, indicating that they experience less predation.

The ecological findings from our paper was exciting because it showed that wind farms are like top predators, and their impact can result not only in the decrease of bird activity (which was known previous), but it also indirectly increases the density of lizards, and changes the morphology, behavior and physiology of those lizards. Adding or removing a top predator has wide-scale consequences for ecosystems and our study shows that anthropogenic structures can do just that.