Is It Time For The Next Great Flood? 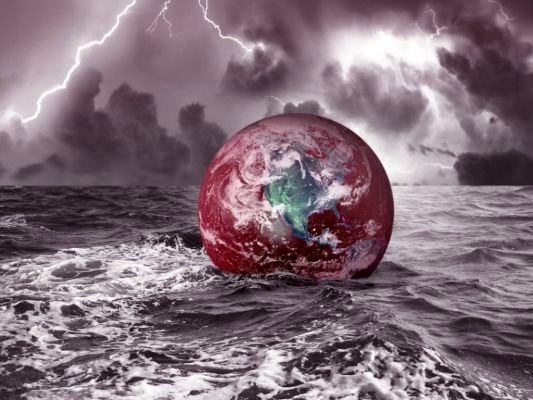 If we continue to do what we are doing to address a warming climate, we might as well all lie back, sip our favorite beverage, and party like its 1999, because we will all be dead soon and so will be our planet.

The study, entitled “Warming assessment of the bottom-up Paris Agreement emissions pledges,” was published on November 16, 2018 in the journal Nature Communications.

It claims that if China, Russia, and Canada continue with their halfhearted measures to rein in rising global temperatures, the world will be 5º C hotter by 2100 than it is today.

5º Celsius, chums, is a death sentence for humanity and virtually every living creature on the Earth.

But there is good news (sarcasm).

The current policies of the United States and Australia would only kill most of the world’s population by permitting an increase in average global temperatures of 4º C.

Europe is doing a better job than most parts of the world but even its efforts will lead to a rise of 3º C, enough to cause the death of billions of people.

Congratulations, Europe. You are the best of the worst.

Of all the developed nations, India is doing the best job. Its policies, if enacted globally, would limit temperature rise to just over 2º C. You can see where every country falls relative to each other on the interactive map at Paris Equity Check.

Time For The Next Great Flood?

The legend of the Great Flood is found in every known culture, even those in remote areas where contact with the outside world has been rare. It’s as if humans have a genetic memory of a cataclysmic event that happened long ago.

Let’s hope the species that follows us a million years or so from now is imbued with the skills necessary to avoid extinction.

I wish to end this story on a positive note by saying ” We need to become selfish for our kids world over, no later than TODAY. To save This for Them”