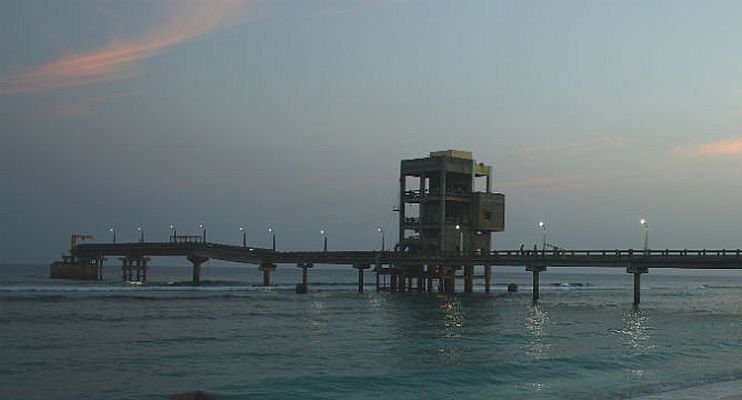 Low temperature thermal desalination (LTTD) is one process that uses the availability of a temperature gradient between two water bodies or flows to evaporate the warmer seawater at low pressures and condense the resultant vapour with the colder seawater to obtain fresh water.

While the cost of desalinated water would depend on the technology used and cost of electricity, which varies from place to place, according to cost estimates made by an independent agency for LTTD technology, it works out to 61 paise per litre for Island based plants.

The technology is environment friendly, completely indigenous with low operational and maintenance issues and with long-term sustainability.

This technology has been deployed at the Lakshadweep Islands.

NIOT has put a plant at Karavatti, Minicoy and Agatti  to fulfill the requirements of the local population and is setting up more plants in the union territory in the islands of Androth, Amini, Kadamat, Kiltan, Kalpeni and Chetlat with a capacity of 1.5 Lakh liter each per day for which the work has already been initiated.

The completion of these 6 plants will resolve the water problem in Lakshadweep islands and drinking water is provided all inhabited islands.

NIOT is currently scouting for public-private partnership for further development of the technology to upscale the capacity to the tune of 10 million litres a day (MLD) for offshore requirements.