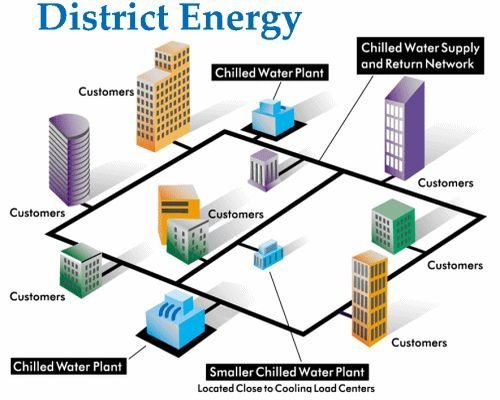 This demand is further expected to surge to a whopping 1250-1500 million toe by 2030, as estimated in the Integrated Energy Policy Report.

With the development of modern District Energy System (DES), which offers heating and cooling services through a blend of technologies, India can combat the ever-growing primary energy demand in cities.

According to experts, DES supplies “heating and cooling services by using technologies and approaches such as combined heat and power (CHP), thermal storage, heat pumps, and decentralised energy.”

District energy basically creates synergies between the production and supply of heat, cooling, domestic hot water and electricity and can be integrated with municipal systems such as power, sanitation, sewage treatment, transport and waste.

Various studies and research done in the world suggest that modern district energy can prove to be the most effective approach for many cities to transition to sustainable heating and cooling, by improving energy efficiency and enabling higher shares of renewable energy.

With the use of this technology, the predictions point that Electricity and CO2 reductions of at least 35 per cent will be there as a result of significant water and refrigerant reductions.