Solar-Powered Drone That Can Fly Non-Stop For 1 Year 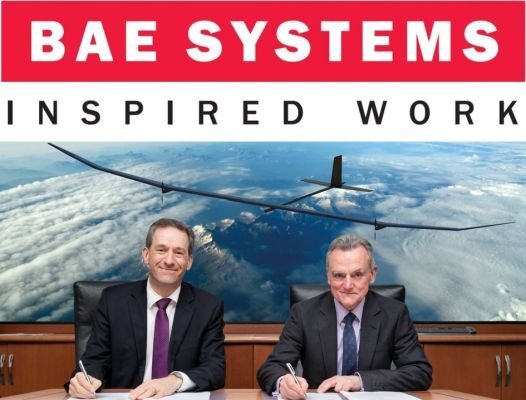 Engineers have created a solar-powered drone which can fly for up to a year before it requires maintenance.

BAE Systems and aerospace technology firm Prismatic are working towards preparing the unmanned aerial vehicle for test flights in 2019.

The Persistent High Altitude Solar Aircraft (Phasa-35) drone, which has a wing-span of 35 metres and weighs 150kg, could be used for long-term surveillance, remote sensing or helping to provide communications for remote areas.

Its lightweight solar cells will harvest the power of the sun during daylight, while it will rely on battery power to keep its two propellers turning during the night.

Being solar-powered makes the drone significantly less expensive than conventional satellite technology, BAE Systems said in a statement, adding that it uses “long life battery technology and ultra-lightweight solar cells to potentially maintain flight for up to 12 months.

A model the quarter of the size of the full-size drone, known as Phase-8, was successfully piloted in 2017.

Phasa-35 flies at an altitude of between 55,000 and 70,oooft, at a speeds between 50km and 78km for one year’s continuous flight, according to specs from Prismatic.

Enterprises will be able to place orders for the drone from June, with a 12-month lead time.