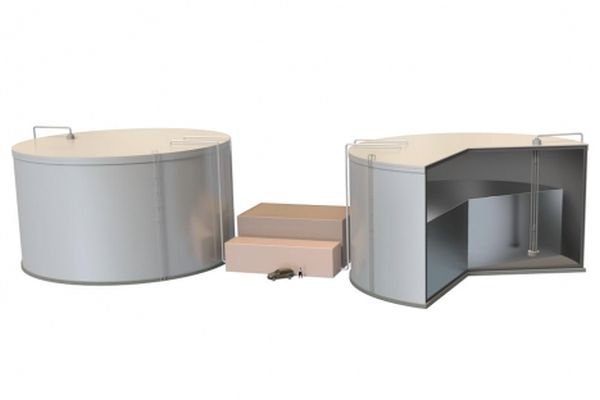 Much of the world’s electricity is generated in real time — power plants fuel our homes when we need it, as we need it, and excess energy generally goes to waste.

The sun in a box works like giant rechargeable battery, according to research published last month in the academic journal Energy & Environmental Science, storing excess electricity as heat. Then, if people in the area need power in the evening when their solar panels aren’t generating power, photovoltaic within the silo capture the glowing silicon’s light and convert it back into useable electricity.

They have also estimate that the system would cost about half as much as pumped hydroelectric storage – the cheapest form of grid-scale energy storage to date.

The researchers have named their concept TEGS-MPV, or Thermal Energy Grid Storage-Multi-Junction Photovoltaics.

Instead of using fields of mirrors and a central tower to concentrate heat, they propose converting electricity generated by any renewable source, such as sunlight or wind, into thermal energy, via a process by which an electric current passes through a heating element.

The system would consist of a large, heavily insulated, 10-metre-wide tank made from graphite and filled with liquid silicon, kept at a “cold” temperature of almost 1927 degrees Celsius.

A bank of tubes, exposed to heating elements, then connects this cold tank to a second, “hot” tank.

When electricity from the town’s solar cells comes into the system, this energy is converted to heat in the heating elements.

Based on their preliminary tests, the scientists project that a single TEGS-MPV storage tank would be able to store enough power that a community of 100,000 homes could rely solely on renewable energy sources and not face interruptions when the sun goes down or the wind stops blowing.