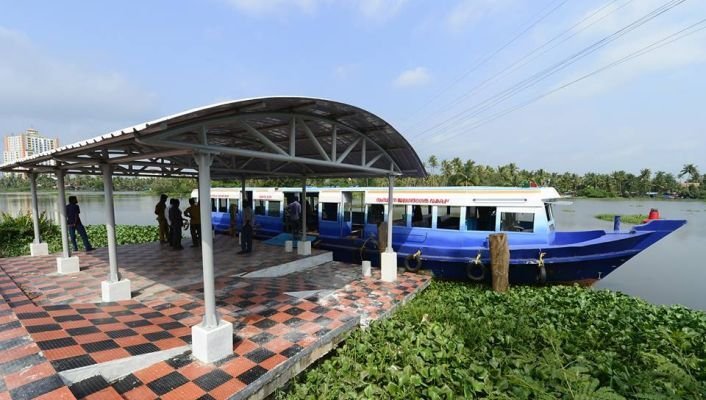 Kerala’s waterways are gearing up for a surge in electric-powered vessels with the tenders floated shortlisting four firms for the Kochi Water Metro (KWM) project, which require the supplier to provide, 73, all battery-powered boats.

Kochi Water Metro is an integrated water transport project in Greater Kochi region proposed by Kochi Metro Rail Limited. It will be developed as a feeder service to the Kochi Metro rail.

KMRL is all set to implement the integrated water transport project at a cost of Rs.747 crore with financial assistance from the German Bank. It is the first city in the country to have achieved such a milestone whereby water transport has been integrated as a feeder service to the metro.

The phase one service of KWM will be operational by December 2019 and the project will operate fifty-five 50-seater vessels and twenty-three 100-seater ones.

As a pilot project, a solar-powered EV developed by NavAlt Solar and Electric Boats is already being operated by the Kerala State Water Transport Department (KSWTD) on its Vaikom – Thavanakkadavu route.

In transit since January 2017, ‘Aditya’ , India’s first solar ferry, has the capacity to carry 75 passengers and can attain a maximum speed of 7.5 knots.