A Biosensor On Your Phone That Can Sniff Bacteria 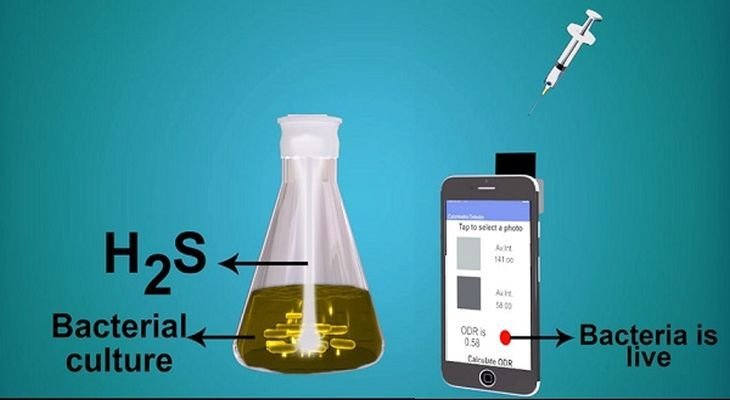 Smartphones are increasingly finding their way into the health sector. Researchers at Indian Institute of Technology Delhi have developed a biosensor and a mobile app, which together can be used for bacterial detection.

Once it reaches a set point, the mobile phone vibrates and gives a red signal. This makes detection easy, portable and perhaps cost effective.

The results showed that the mobile-app based biosensor could distinguish live and dead bacteria within six hours as compared to conventional methods, which take about 16 to 24 hours.

The biosensor relies on hydrogen sulfide gas produced by microorganisms. It is a gaseous signaling molecule that transmits biological signals in living system. In the heart of the biosensor are silver nanorod sensors that react with hydrogen sulfide to form black coloured silver sulfide.

The colour and water wetting properties of silver nanorods change when exposed to microbes, while dead ones do not do any such thing.

This is a India Science Wire Story, edited by Clean-Future Team