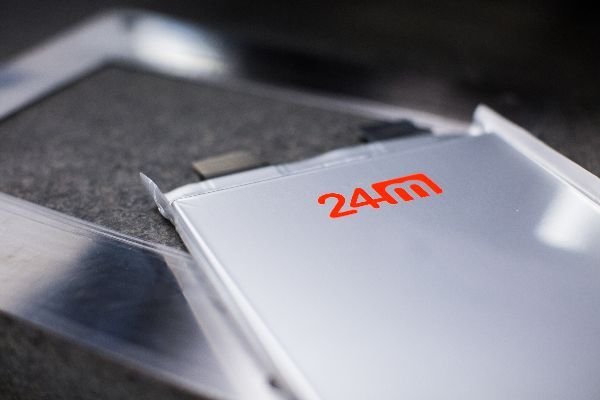 Proprietary information such as the actual cell chemistry or costs per kWh have not been revealed by 24M, nor has it specified who its customers for the new battery cells are. The company does say its new cells use a nickel manganese cobalt formula.

To put that in perspective, such battery cells would nearly double the range of the Tesla Model 3. In the transportation sector, 24M is targeting manufacturers of hybrid, plug-in hybrid, battery electric, and fuel cell vehicles.

The research at 24M is funded by a $7 million 3-year contract with the US Advanced Battery Consortium, which in turn is funded by the US Department of Energy. The goal of the research is to develop battery cells with an energy density of 350 watt-hours per kilogram by the end of 2019.

Most of the improved energy density comes from the use of high density silicon anodes “which eliminate the use of a pore-clogging binder, enabling higher active material densities than can be achieved with conventional electrodes.”