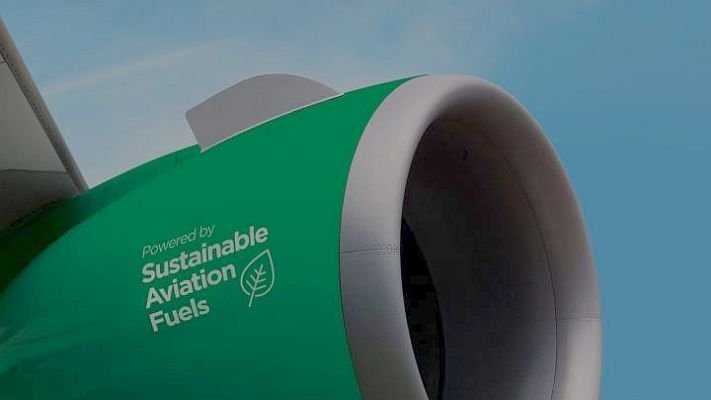 Researchers at Washington State University claim they have created a way to make jet fuel from plastic waste.

Professor Hanwu Lei and his colleagues added a catalyst to help break the chemical bonds in plastic. That catalyst is ‘activated carbon’, which has a larger surface area than ordinary carbon.

The researchers took low density polyethylene and mixed it with a variety of waste plastic products, like water bottles, milk bottles, and plastic bags. They grind it all up into three millimeter pellets — about the size of a grain of rice.

The plastic granules are then placed on top of the activated carbon in a tube reactor at temperatures ranging from 430 to 571 degrees Celsius.

The result is liquid diesel fuel that can then be converted to jet fuel. Since the carbon is a catalyst, it can be recovered at the end of the process and reused.

After testing several different catalysts at different temperatures, the best result they obtained is a mixture of 85% jet fuel and 15% diesel fuel.

While the research is encouraging — there are billions of tons of waste plastic in the world and finding a commercially viable use for it could reinvigorate the recycled plastic industry — wouldn’t it be better to stop making millions of tons of new plastics every year?