A Device With No Moving Parts Can Create 220ºC And More… 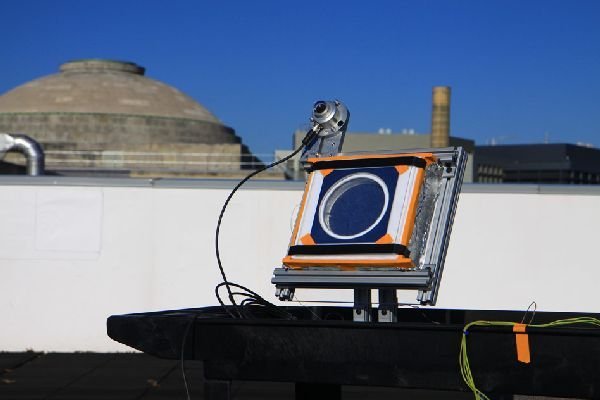 There are no moving parts, compressors, or vacuum pumps involved. Just sunlight and a special aerogel.

According to MIT News, an aerogel is a foam-like material made of silica particles. Silica is the basic ingredient in glass. It is abundant and inexpensive.

Aerogels can be a highly efficient and lightweight insulating material but generally block much of the visible light that falls on them, limiting their usefulness as solar heat collectors.

The aerogel transmits 95% of visible light while maintaining its high insulating properties. This is so transparent it is nearly invisible.

The key was finding the correct mix of catalysts and silica materials to create the aerogel and then drying it properly. What’s left is a matrix that is mostly air but retains the original mixture’s strength.

Drying out the mixture much faster than is normal with conventional aerogels produced a gel with smaller pore spaces between its grains which led to far less light being scattered inside the gel.

The gel could generate so much heat due to ‘green house effect’ thus insulating like Earth’s atmosphere (though its an extreme example).

They could also be used to heat residential and commercial buildings at lower cost than traditional heating equipment. Because the aerogels can create temperatures of 200º C and more.

It has taken researchers at MIT 4 years to perfect this aerogel, aided by grants from the Department of Energy’s ARPA-E program.

Like all laboratory breakthroughs, this one may yet be years away from commercial scale manufacturing.

But the promise of virtually free heat from sunlight could be an important adjunct to the quest to decarbonize the built environment.