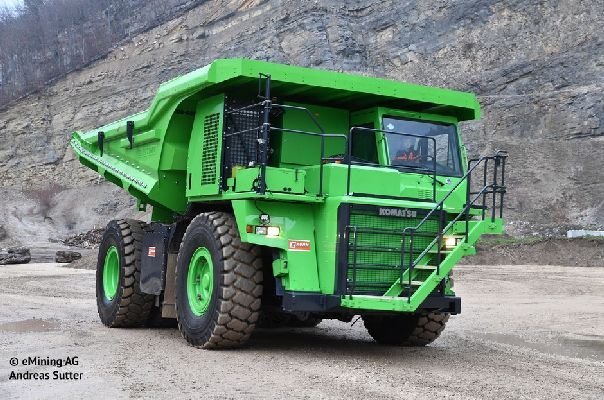 The tyres alone are taller than a human being and it costs as much as a small car. Reporting for duty at a quarry in Biel, Switzerland, this monster hauls 65 tonnes of ore up a gentle slope.

The all-electric beast is powered by a 4.4-tonne battery – about the weight of a teenage elephant – with a capacity of 600 kWh. For reference, an average Indian home consumes 800 kWh a month.

While these numbers are staggering, what’s more staggering is the fact that the vehicle doesn’t ever need to be recharged.

How does this happen?

In practice, EVs using this system generally see about a 10-15 percent increase in range.

Elektro, however, sees a 110 percent increase in range. How is that happening?

The Elektro Dumper’s source of seemingly “unlimited’ power is unique to its function. The dumper is loaded up (with 65 tonnes of material) at the top of a hill. As it comes down, the vehicle only really needs to brake to avoid going very fast.

Most of this braking regenerates electricity, and since the vehicle is so heavy, it generates a lot of electricity (again, because of science), which is stored in the batteries.

After dumping its load, the much lighter Elektro goes back up the hill using the charge it gained while coming down, and because it’s much lighter, it needs less power.

From testing, it appears that Elektro charges the batteries to about 88 percent while going down and consumes about 80 percent of the total charge when returning to the top.

This means that the vehicle is generating about 10 percent surplus charge per trip.

However in any other situation, the vehicle would simply not generate enough electricity.