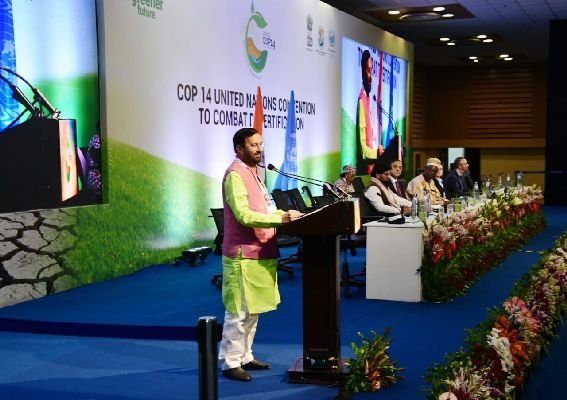 “Be it climate change or desertification, human actions have a role in disturbing the balance of nature. Now people have realised and therefore we are saying that if human actions have caused some damage, positive human action will undo that and make a better world for future generations”.

Pointing to an unprecedented global campaign to save productive land, Javadekar said 122 countries, among them Brazil, China, India, Nigeria, Russia and South Africa, which are among the largest and most populous nations on Earth, “have agreed to make the Sustainable Development Goal of achieving land degradation neutrality a national target.”