India Will Ban Single Use Plastic & Will Restore 26 Million Hectares of Degraded Land by 2030: Prime Minister 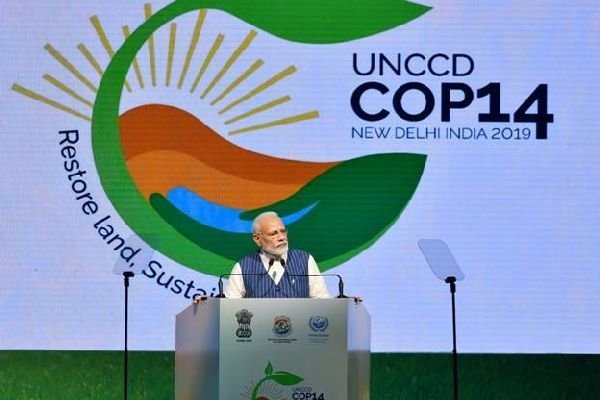 Speaking on the occasion, the Prime Minister reaffirmed India’s commitment to addressing all the three main concerns of the Rio Conventions.

During his address, the Prime Minister announced “India would raise its ambition of the total area that would be restored from its land degradation status, from twenty-one million hectares to twenty-six million hectares between now and 2030”.

This will be focused on restoring land productivity and ecosystem services of 26 million hectares of most degraded and vulnerable land, with emphasis on the degraded agricultural, forest and other wastelands by adopting a landscape restoration approach.