Floating Solar : The Next Big Leap Towards Renewable Transition 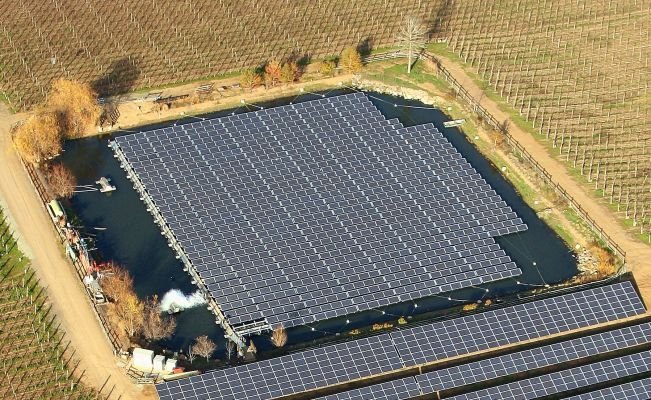 Far Niente Winery in Napa Valley, California was probably the world’s first non-experimental floating solar array installation way back in 2008. They completed an array of 2,296 solar panels, 994 of which floated on pontoons tethered to the bottom of the winery’s pond.

Since then floating photovoltaics have proliferated in Asia—yet not so much in the U.S.

Japan has more than 60 installations, the most of any country in the world. China, a giant in renewable energy, claims the world’s largest array.

A typical installation consists of solar panels on pontoons tethered to the bottom of a reservoir or retention pond—considered easier to utilize than lakes.

Floating or underwater cables carry direct current to an inverter on shore where it is converted to alternating current and sent to the local grid.

Engineers must consider multiple factors: systems have to withstand high winds and waves, panels must be resistant to corrosion and anchors have to last for 25 years or more.

At the onset they may appear challenging but floating solar installations offer several advantages over land-based arrays:

Far Niente has offset 100 percent of its energy costs in part via a combination of tax breaks and cash rebates.