Dyson Has Decided To End Its Electric Car Project 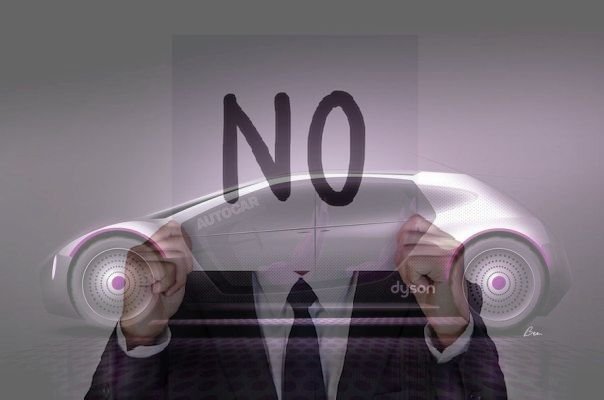 It has been a little over a year since Dyson announced it was investing $150 million to turn an old RAF airfield into a state of the art development center that would focus on building an electric car.

Subsequently, Dyson announced that it would locate its electric car factory in Singapore, where labor rates are significantly lower than in the UK. There might even be a whole lineup of electric cars, the company hinted.

But now the electric car dream has turned to ashes.

A company-wide email went out to all Dyson employees on October 10th notifying them that James Dyson and his board of directors have decided to stop the program after unsuccessfully trying to find a buyer.

Going forward, Dyson says his company will “concentrate on the formidable task of manufacturing solid-state batteries” as well as other “fundamental” technologies like vision systems, robotics, machine learning, and AI.

The Dyson automotive team had developed a fantastic car: they have been ingenious in their approach while remaining faithful to the philosophies.

However, the company had tried very hard throughout the development process but they could not find a way to make it commercially viable.