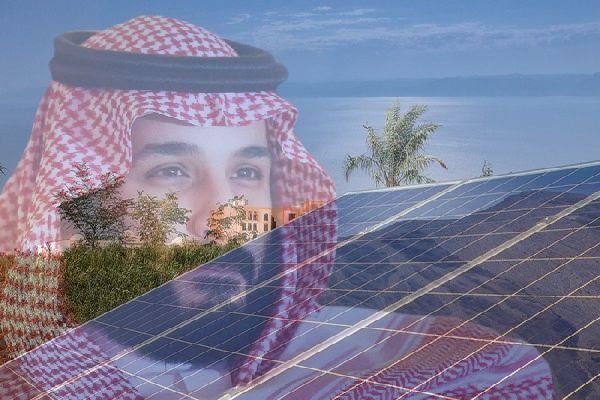 It was the largest renewables project ever announced: $200bn (£158bn) worth of solar panels stretching across hundreds of square kilometres of the Saudi Arabian desert.

The massive solar initiative was billed by the kingdom’s crown prince, Mohammed bin Salman, as a “huge step in human history” when it was unveiled in March last year.

It was cancelled by October.

The collapse of the project was typical of the ambitious renewable schemes touted by Saudi Arabia in the past decade, analysts say.

Headline-grabbing announcements have often been followed by limited progress.

At the same time, the country has ramped up its fossil fuel production and continued to lobby to soften the terms of global carbon emissions-reduction agreements.

However, the resistance to renewable energy implementation has lessened in the kingdom, though not necessarily out of concern for the environment.

Saudi Arabia, for one, has come to see the value of renewables to supplement the huge volumes of oil and gas used to desalinate the kingdom’s water supply and keep the country’s population cool during the summer.

Less consumption at home means there will be more oil and gas to sell abroad.

Renewables also mean new jobs: a crucial goal of the kingdom’s plan to future-proof the Saudi Arabian economy by relying less on the vast oil reserve beneath its sands.

Saudi Arabia recently tripled its renewable energy target and has successfully tendered for large-scale projects in wind and solar energy.

The recasting of green energy as a national interest, coupled with record low prices for solar and wind power in particular, has raised hopes that this latest push by the kingdom to build renewable capacity might be more successful.