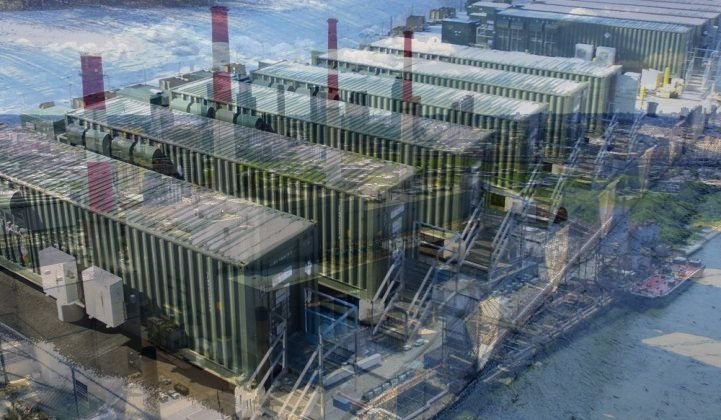 Once a site for 16 gas powered peaker plants in New York; Soon, all of them will be demolished to make room for a 316 MW/2528 MWh storage battery that will be the largest in the world.

Ravenswood Development, the current owner of the peaker plants, plans to build out the project in three phases — 129 MW, 98 MW, and 89 MW. The first phase should be completed by March, 2021.

No timetable has yet been announced for completion of the second and third phases of the project. Once fully deployed, the 316 MW of power would meet just over 10% of the New York State’s goal of 3,000 MW by 2030.

The proposed storage project will consist of 136 battery storage and inverter units, 64 of which will be double stacked on the property. The Sunny Central Storage 2500-EV-US Inverter is listed as the inverter that will be used at the site.

Ravenswood Development acknowledges that the electricity stored in the Queens battery could come from any source — including coal or natural gas — but that the facility will lower carbon emissions in the area because it will make it possible for local utilities to curtail the use of peaker plants.

Not only will the Queens facility have a larger storage capacity but it will be one of the first in the world to offer 8 hours of storage.