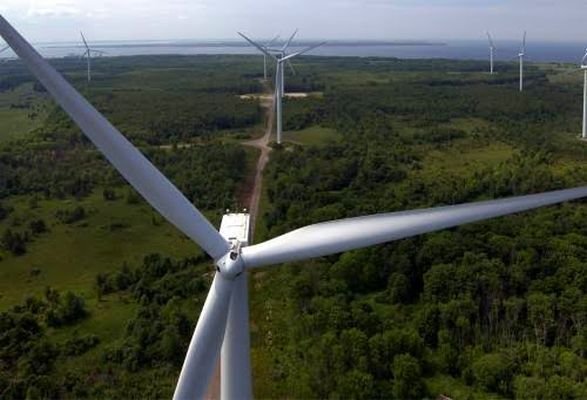 General Electric used to be a world leader in coal-powered electrical generation but now its is fighting hard to transition to a wind turbine powerhouse.

It is currently located onshore in Rotterdam in order to simplify the testing phase, during which GE will perform different types of measurements to obtain a Type Certificate for the Haliade-X in 2020.

It has also signed a deal to supply the turbines for a 715 megawatt (MW) wind farm in China’s Henan Province.

The agreement represents GE’s largest wind turbine order in Asia to date. It is also the biggest contract ever granted to a non-Chinese wind turbine manufacturer in China.

GE will provide 286 of its 2.5-132 turbines with 130-meter soft steel towers for the wind farm. These turbines were designed specifically for the unique low wind speed needs in Henan province and will be manufactured by GE in China.

When completed in the middle of next year, the wind farm will supply enough electricity to power 500,000 homes.