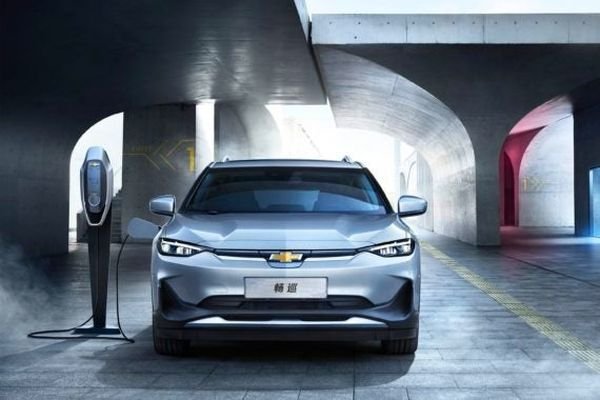 The Chevrolet Menlo will have an NEDC-rated range of 410 km (210 miles) and a permanent magnet synchronous motor rated at 110kW. The sedan is rumored to be based off of the Chevy Bolt’s propulsion technology, but the design is influenced by the Chevrolet FNR-X .

GM joint venture partner SAIC will be supplying the battery.

GM previously announced its intent to release 20 electrified cars in China by 2023. The Chevrolet Menlo EV would be its 3rd electric vehicle released in China, following the Baojun E100 and Buick Velite 6.

This push for electrification is surely a response to China’s EV mandate, just coming into effect. It requires automakers to produce new energy vehicles or buy credits to maintain market access.

The announcement has again brought up the contrast between GM’s very different visions for the Chinese and American markets.

In China, GM and joint venture partner SAIC have started to comply with government regulations and are creating a lineup of new energy vehicles.

In the United States, the company created the Volt and Bolt, but those programs have not been used to create other electric vehicles.