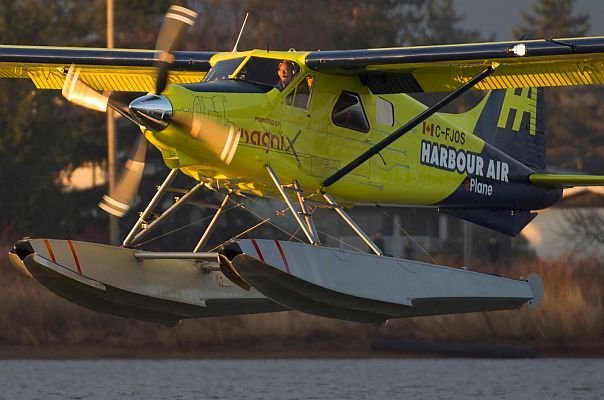 Aviation history was made on December 10th when Harbour Air Seaplanes took to the sky with a converted electric de Havilland DHC-2 with the help of magniX.

Harbour Air has a commercial average flight range of 110 kilometers (65 miles). The electric seaplane payload is very close to reality, enough to power the aircraft for a 100 kilometer (60 mile) flight.

As the team wondered how they should go about it, magniX stepped into the picture. It had already started working on the electrification of aviation and said it could convert Harbour Air’s DHC-2 within 8 to 10 months. Both teams worked together created a aviation history.

As to why use a seaplane for an electric conversion?

Seaplanes are extremely practical since you can bring the aircraft down over water almost anywhere in case of an emergency.

The same can’t be said with a ground-landing aircraft that needs a dedicated runway. That widens the test envelop with more leeway.

The maiden electric seaplane flight was done using relatively low-energy-density lithium-ion batteries. It was more of a proof of concept that shows it is not only possible but feasible.

So far, the converted DCH-2 has enough energy for a 30-minute flight, including a mandatory 30-minute reserve.