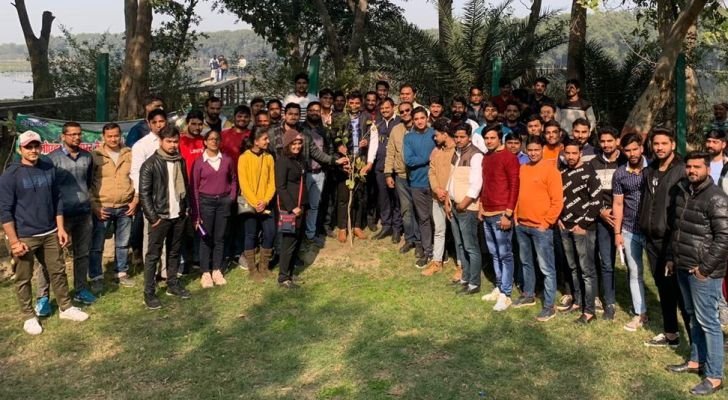 Surajpur Wetland of Greater Noida in Uttar Pradesh saw the inauguration of a plantation drive by the local environmental activist Mr.Vikrant Tongad with the help of locals and volunteers.

He is also instrumental in the creation of an environmental organization called SAFE (Social Action for Forest and Environment) in the year 2013.

During the course of this plantation drive, a tree sapling will be planted at each kilometer starting from Surajpur Wetlands and going up to the banks of river Ganga at Garh Mukteshwar.

The aim of this drive is to spread awareness about the environment among the local population as they go along planting the tree. They are planting just a single tree sapling and are ensuring that it is taken care till it grows into a full blown tree by involving the local community.

The plantation activity will be spread over a span of 12 months so that they could build awareness as they go along. Incidentally this drive is totally funded by local community who live in and around wetland.

Climate mitigation efforts like planting trees may be a long-term and an admittedly quixotic solution, but there is also the option of slowing down or putting a halt to deforestation.

When trees are cut down, it release years of a forests’ stored carbon back into the atmosphere. Forests provide many benefits beyond just storing carbon. They store and recycle our water, they prevent erosion, they harbor biodiversity.

One of the aims of this drive is to build awareness around ‘preventing the cutting of trees’ rather than just talking about afforestation.

This is a ‘Clean-Future’ Exclusive from Ground Zero