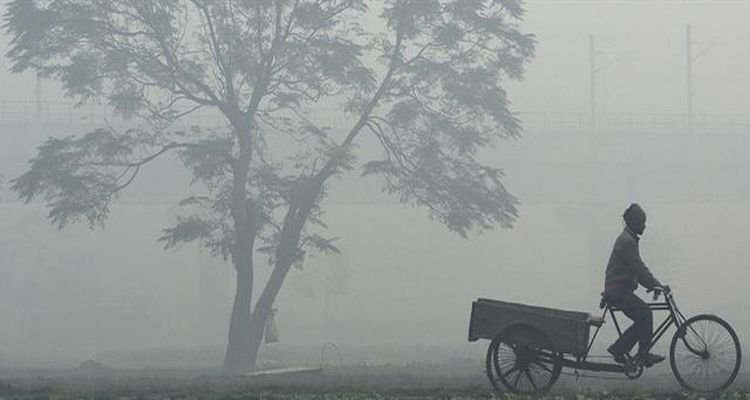 Air pollution from burning fossil fuels is generating economic losses of $8 billion a day, according to a Greenpeace report. China, the US and India bear the highest economic cost of soaring pollution, at an estimated $900 billion, $600 billion and $150 billion a year, respectively.

Particles thrown off by fossil fuel use account for 4.5 million premature deaths each year around the globe, including 1.8 million in China and a million in India, the researchers found.

But this is a problem that we know how to solve, by transitioning to renewable energy sources, phasing out diesel and petrol cars, and building public transport else the earth could warm by 2 degrees Celsius by 2050.

The financial cost of dealing with polluted air is the result of respiratory and non-communicable diseases, as well as an economic valuation of the years of life lost through premature death, Greenpeace said.

Deaths of children and young people bring an economic cost through lost contributions to society and economy, which can be large, it said.

Compared to other pollutants such as ozone and nitrogen dioxide, the PM 2.5 leads to the greatest health impact and cost due to increased work absences, while nations with large populations typically have a heavier absolute cost burden, according to the report.

In 2019, about 91% of the global population lived in places where levels of air pollution exceeded guidelines set by the World Health Organization. The global cost for 2018 was $2.9 trillion, the report estimated.

Some 40,000 children die every year before their fifth birthday due to PM 2.5, which also leads to two million preterm births annually and twice as many cases of asthma.

PM 2.5 particles penetrate deep into the lungs and enter the bloodstream, causing cardiovascular respiratory problems. In 2013, the World Health Organization classified it as a cancer-causing agent.

Globally, air pollution accounts for 29% of all deaths and disease from lung cancer, 17% from acute lower respiratory infection, and a quarter from stroke and heart disease, according to the WHO.