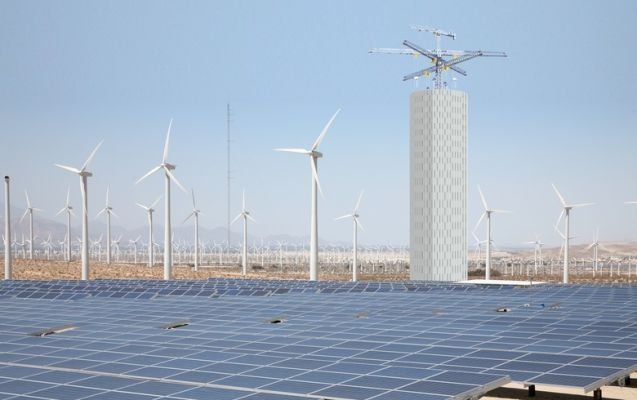 Swiss startup Energy Vault wants to overcome the limitations of lithium-ion batteries by storing green wind and solar energy by stacking massive towers made up of 35-ton bricks.

In August, Energy Vault had received $110 million from SoftBank’s Vision Fund. The company has already constructed a 400-foot demonstration tower and is planning to eventually build cranes up to 500 feet in height.

The concept relies on gravity alone.

A pre-programmed crane on top of a massive tower lifts and stacks colossal bricks on top of each using excess power from wind and solar plants. When demand exceeds electricity production, the crane reverses the process, recouping energy by unstacking the tower of bricks.

Just 20 cranes could provide enough power for 40,000 households over a 24 hour period.

The concept is similar to “pumped hydro” systems, which use bodies of water instead of heavy bricks and a hill instead of a tower, and have been around for at least a century.