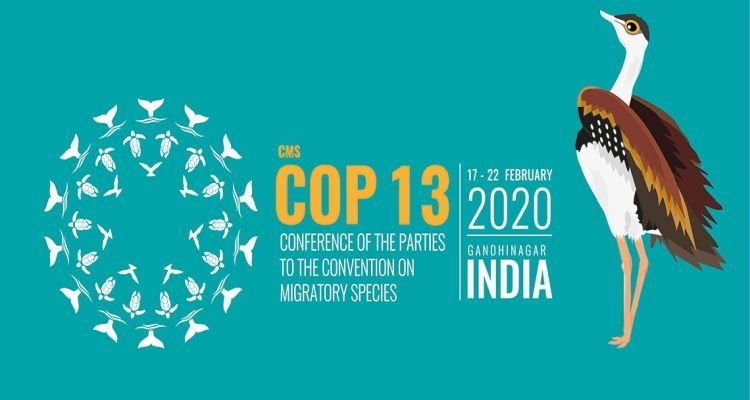 India’s proposal to include Great Indian Bustard, Asian Elephant and Bengal Florican in Appendix I of UN Convention on migratory species was unanimously accepted today at the ongoing thirteenth Conference of the Parties to the Convention on Migratory Species (CMS) in Gandhinagar.

Placing Indian elephant in Schedule I of the CMS Convention, will fulfill natural urge of migration of Indian elephant across India’s borders and back safely and thereby promote conservation of this endangered species for our future generations.

Intermixing of smaller sub populations in Nepal, Bangladesh, Bhutan and Myanmar and widen the gene base of these populations. It will also help to reduce human elephant conflicts in many parts of its migratory routes.

The Great Indian Bustard, an iconic, critically endangered and conservation dependent species, exhibits transboundary movements, and its migration exposes it to threats such as hunting in boundary area of Pakistan-India and power-line collisions in India.

Inclusion of the species in Appendix I of CMS will aide in transboundary conservation efforts facilitated by International conservation bodies and existing international laws and agreement.

The Bengal Florican an iconic, critically endangered species of topmost conservation priority, exhibits transboundary movements, and its migration exposes it to threats such as land use changes, collision with power transmission line at boundary area of India-Nepal and probable power-line collisions.

Populations have declined as a result of habitat loss, hunting and the species no longer breeds outside Protected Areas in the Indian subcontinent, except in a few areas of Assam.