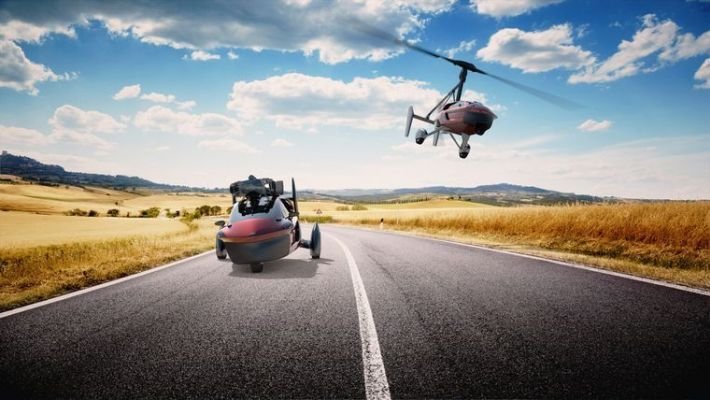 PAL-V (Personal Air and Land Vehicle) is a Dutch company that is currently developing the first commercial flying car called the PAL-V Liberty, which is basically a compact two-person aircraft that can travel on public roads.

They have recently signed a Memorandum of Understanding (MoU) with Gujarat government to set up a manufacturing facility in the state and has set a target of commencing production by 2021.

The state government would help the Dutch car-maker in getting all necessary approvals from the Centre for the plant in Gujarat, the first to be set up by the firm in India. The cars manufactured here would also be exported to the United States and European nations.

PAL-V has so far received orders to export 110 such flying cars. The PAL-V flying car, has two engines, can run at a speed of 160 kilometres on road and can fly at a speed of 180 kms. The car can turn into a flying vehicle in just three minutes and cover a distance of 500 km on a full tank.

The PAL-V Liberty uses the components of a helicopter, combined with a three-wheeler. The Liberty’s body is made by using carbon fiber, aluminum and titanium as well; which has contained its weight to just 664 kg. The Liberty can sprint from 0 to 100 kmph in under 9 seconds.