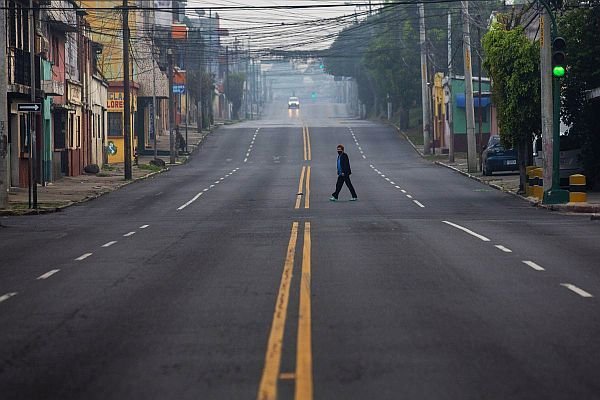 “Population confinement due to COVID-19 has led to drastic changes in energy use and CO2 emissions, which in turn, has caused a astonishing 17 percent drop in daily carbon emissions,” according to a study conducted by Corinne Le Quéré, professor at the University of East Anglia.

Before the COVID-19 pandemic of 2020, emissions of carbon dioxide were rising by about 1% per year over the previous decade, with no growth in 2019.

Renewable energy production was expanding rapidly amid plummeting prices but much of the renewable energy was being deployed alongside fossil energy and did not replace it, while emissions from surface transport continued to rise.

The emergence of COVID-19 was first identified on 30 December 2019 and declared a global pandemic by the World Health Organization on 11 March 2020.

Stringent measures were put in place by world governments in an effort, initially, to isolate cases and stop the transmission of the virus, and later to slow down its rate of spread.

The measures imposed were ramped up from the isolation of symptomatic individuals to the ban of mass gatherings, mandatory closure of schools and even mandatory home confinement.

The population confinement is leading to drastic changes in energy use, with expected impacts on CO2 emissions. The most significant changes in emissions were observed in China, the US, and Europe.

The drop is so substantial, in fact, that would put world nations on a trajectory to achieve climate objectives that were outlined in the United Nations Paris Agreement.

Unfortunately, the drop is unlikely to stick.

“These extreme decreases are likely to be temporary though, as they do not reflect structural changes in the economic, transport, or energy systems,” Le Quéré said, adding that the “extent to which world leaders consider climate change when planning their economic responses post COVID-19 will influence the global CO2 emissions paths for decades to come.”