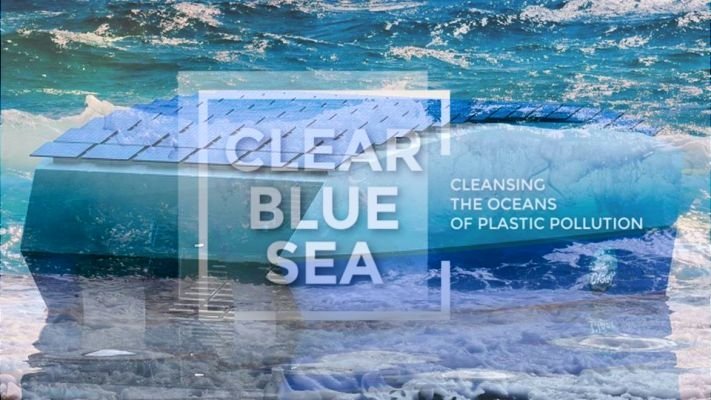 Vacuuming plastic from the ocean sounds oddly impossible, but Meet FRED, a solar-powered catamaran that is built by Clear Blue Sea, a nonprofit organization that is dedicated to cleansing the oceans from plastic pollution by using the vacuum technology.

FRED is, in essence, a vacuum machine for the ocean. The goal is for it to retrieve plastic debris from the seas. It is an acronym for Floating Robot for Eliminating Debris. It’s a large catamaran-based robot and is built that way to ensure stability while at sea.

FRED gets most of its power from solar panels and doesn’t emit any type of pollution. In order to collect plastic from the ocean, the robot moves at around 2 knots, which is a speed that enables it to collect floating plastic in a manner similar to a conveyor belt.

It also has a built-in alert system that will let it know when marine animals are close. The types of plastic FRED picks up range from about 10mm long to 1m long.

By next spring, the team that is behind the engineering of FRED is hoping to have completed a proven design for a 50-foot version of FRED that can autonomously collect trash on open bodies of water.

For the test run of FRED, the team kept it within 100 feet of the boat ramp and offered very visible targets such as painted water bottles and styrofoam tubes.