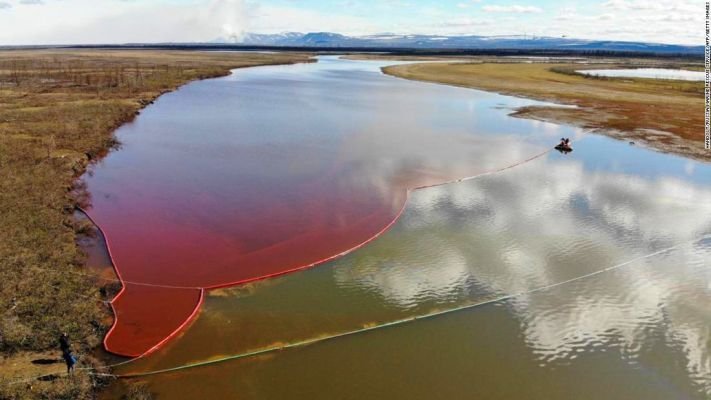 In the beginning of October 2019, Russia signed the Paris Climate Accords, and the world was in awe. The country’s previous opinion on the matter was either that climate change didn’t exist, or that it wasn’t a problem.

So, what could have possibly made the Tsar of Oil change its mind?

Losing oil is the answer to that question as our further research and digging, discovered that most of Russia’s oil network was built on permafrost.

This permafrost has been melting quite rapidly in the past decade and can lead to a total collapse of Russia’s oil network. The production capacity of all existing oil and gas facilities has already declined because the foundation can no longer bear the load.

Some have declined as little as 2% and some have declined by more than 20% since the 1990s. This also puts at risk all current development plans and facilities that are currently under construction that are supposed to supply oil and gas to China.

This past week, the city of Norilsk, a city in Siberia located within the Arctic circle, experienced an oil spill.

A 21,000 litre storage tank of diesel oil had collapsed. Because of that, 6,000 tons spilled onto the ground and as much as 15,000 tons spilled into various bodies of water in the area, including at least one river.

This fuel was intended for heating homes and structures, and because of that, was dyed red.

Since then, the company, Norilsk-Taimyr Energy Co., has put out the following statement: “The accident was caused by a sudden sinking of supporting posts in the basement of the storage tank.”

The above situation arouse because now the contiguous permafrost, labeled as year-round permafrost, is melting for the first time. What you have to understand is that this permafrost used to be as good a foundation as concrete.

This oil spill is the very first of its kind. It’s not that a tanker ship got hit and leaked into the ocean. It’s not pressure that has made an oil head explode. It’s literally the foundation of the building melting away.

While this may not be the best comparison, the Leaning Tower of Pisa also started to sink because of soft ground on one side. The same will happen, but a lot more severely, to all infrastructure built upon permafrost.