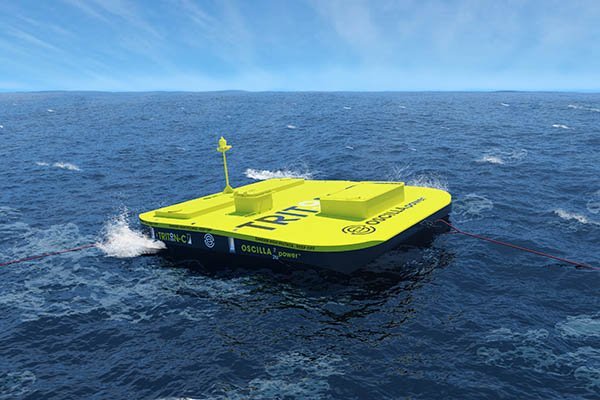 A US-based company, Oscilla Power, which claims to have developed a unique technology for harnessing energy by attenuating the waves using a floating devise, will be working with the State Government Of Kerala, who with the support of Union ministry of new and renewable energy (MNRE), will explore the possibility of setting up a wave energy generation unit off Vizhinjam coast.

This project is in its nascent stage. The attempt is to explore the wave energy potential using technology from Oscilla Power whose capabilities are attested by both US and Indian governments.

ANERT is coordinating the work for Kerala government. The government recently appointed Vizhinjam Seaport Project CEO Jayakumar as principal investigator of the project.

In the pilot project, a 150KW floating plant would be set up near the proposed international container terminal station. If the technology proves to be a success in all important aspects, the state government, though ANERT, would set up a 1MW wave energy plant off Vizhinjam.

The sea here being less turbulent and less exposed to cyclones and storms makes the waters off the Vizhinjam coast ideal for the project. The modalities for setting up the pilot plant are still being worked out.

This floating technology being used in Vizhinjam had undergone rigorous testings in various universities in the US.If it proves suitable for Kerala, the state might set up eight to 10 wave energy plants.