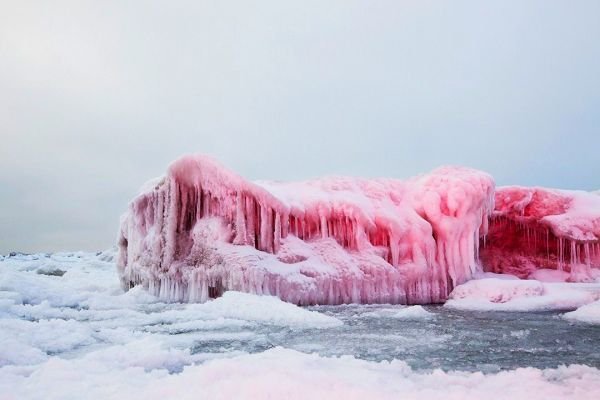 In Italy, the Presena glacier is turning pink due to algae, and this will make the ice melt even faster. It’s sometimes known as watermelon snow and is fairly common in the Alps during the spring and summer. However, it’s been more present this year.

The alga named Chlamydomonas nivalis is the culprit that changed the color of the snow. Both spring and summer saw low snowfall and high atmospheric temperatures which created the perfect environment for the algae to grow.

They are also been found in Greenland, the Andes, and the Himalayas. Just last year, record melting in the Swiss alps saw glaciers shrink 10% in five years, which is a rate that hasn’t been seen before in a century of observations.

This bodes ill for the health of the glacier because darker snow absorbs more energy and this makes it melt faster. It is sure bad for the glacier.

The New York Times noted that 2020 is “virtually certain to be among the 10 warmest years on record.” Even though people were distracted by the coronavirus, climate change is still escalating.

It seems as if the Earth was “giving us back everything we have done to it. 2020 is a special year: terrible things have happened. In my opinion, atmospheric phenomena are worsening. Climate change is increasingly evident.