Will Solar Panels Work, As Planet Warms Up? 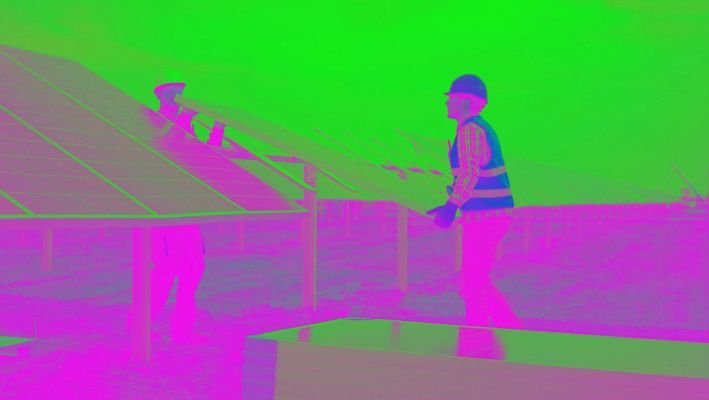 Currently, solar photovoltaic technology makes up 55 percent of all renewable-power capacity, and it will continue to boom, according to a 2018 report on the state of renewable energy.

As the planet gets warmer, scientists are warning that temperatures could become too high for panels to perform efficiently.

It’s unlikely the planet will become too hot for solar panels to function altogether any time soon. But a recent paper out of the Massachusetts Institute of Technology did find that for every degree Celsius rise in temperature, the voltage output of solar modules declines by an average of 0.45 percent.

Under one warming scenario projected by the U.N.’s Intergovernmental Panel on Climate Change, which estimates global temperature to rise by 1.8 degrees C by 2100, that comes out to a 1 percent reduction.

The report calculates that the median reduction will be about 15 kilowatt hours (kWh) per installation, but in some regions, where temperature rise will be greater, as much as 50 kWh. These regions include the southern United States, southern Africa, and Central Asia.

A 1 percent drop in solar energy generation per panel might not seem like much, but if you take into account all the panels across the globe, it adds up.

Considering the assumption that solar will supply at least 50 percent of energy demand by 2100, and that by then, there will be billions of solar panels with a total installed photovoltaic capacity of some 20 terawatts.

Just 1 percent of that could be enough to meet the energy demand of an entire country. In the short run, the reductions will affect the solar energy market. “Economic margins will remain low.”

If you deprive a solar panel of 1 percent of energy generation, and let’s say you drop from 3 percent [profit margin] to 2 percent, that’s a 33 percent drop in your net revenue, so it makes a really big deal.

Panels are a little like people; they like temperate conditions with light winds and low humidity, and that’s when they function the best 😉